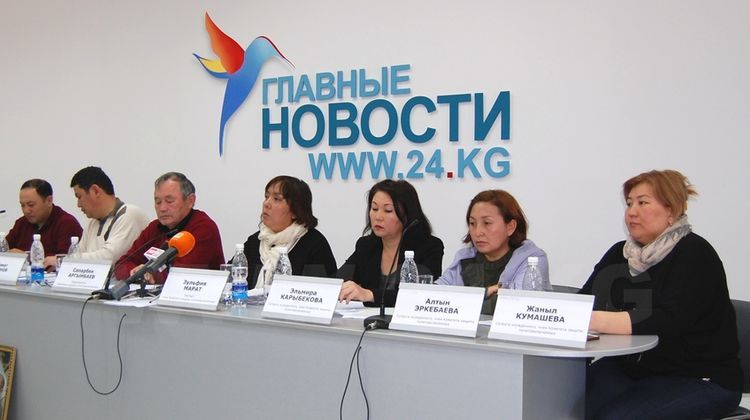 Audio materials about the treason of the opposition members are a fake by the State National Security Committee (GKNB). Sapar Argynbayev, head of the Committee for the Protection of Political Prisoners, stated this at a press conference in 24.kg news agency.

According to him, witnesses in the case of Bektur Asanov, Dastan Sarygulov, Ernest Karybekov and Kubanychbek Kadyrov were intimidated and beaten up. All materials against the oppositionists had been fabricated.

The day before, Pervomaisky District Court of Bishkek delivered a verdict. Ernest Karybekov received the longest sentence — 20 years in prison with confiscation of property.

Representatives of the Committee for Protection of Political Prisoners say that the oppositionists were not guilty and did not intend to seize power. They demand to bring to criminal responsibility the investigators of GKNB, who violated the norms of the Criminal Procedure Code, and dismiss the head of the committee Abdil Segizbayev.