Three-month old “terrorist” summoned to US embassy in London

A three-month old baby was summoned to the embassy in  for an interview after his grandfather mistakenly identified him as a terrorist on a visa waiver form. The Guardian reported.

Harvey Kenyon-Cairns was summoned after his grandfather ticked yes instead of no in the form which reads «Do you seek to engage in or have you ever engaged in terrorist activities, espionage, sabotage, or genocide?»

The man only learned of his error when his grandson’s travel was refused. «I couldn’t believe that they couldn’t see it was a genuine mistake and that a three-month-old baby would be no harm to anyone," said the 62-year-old. 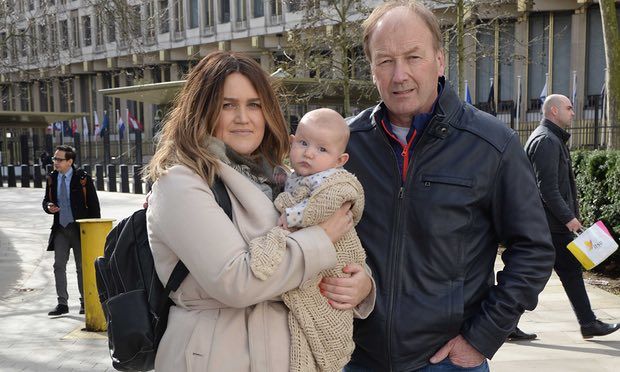 He noted that the three-month-old behaved well during the interrogation and never cried, and also lamented over the lack of sense of humor among embassy workers. «He’s (Harvey, three-month-old- Note of 24.kg news agency) obviously never engaged in genocide, or espionage, but he has sabotaged quite a few nappies in his time, though I didn’t tell them that at the US embassy," the grandfather of the baby said.

The mess-up cost Kenyon an extra £3,000, as the new visa didn’t arrive in time for the family’s flights.