Bishkek through eyes of French General 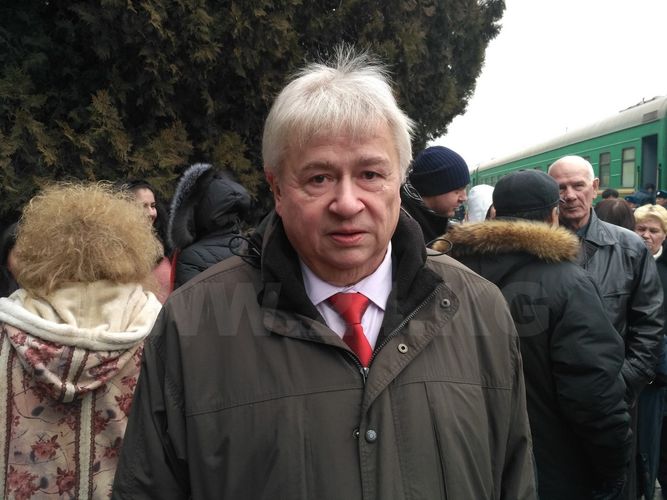 Retired French General Georges Kuttlein has been living in  for several years. He teaches at the named after J. Balasagyn and the and almost became a local resident. He is fluent in Russian. We asked him several questions to get to know his impressions of .

— What surprises you in Bishkek or in  in general?

— The cheerfulness and kindness of the inhabitants, the number of cultural institutions (Kyrgyz National Academic Opera and Ballet Theater, theaters, museums…) and places for recreation (cafes, restaurants, cinemas, clubs…). There is an opportunity to live well.

-What in Bishkek reminds you of your hometown?

-My hometown is . We had winter Olympic Games, and the city is surrounded by mountains.

-I would like, of course, to see the happiness of the children and relatives, but now I have such close friends that I would miss them if I have to leave. But everything is relative.

I get on the plane at night, and I’m with my family already at dinnertime. The French need culinary products but they have appeared lately. Wine, cheese…

— What do you like in the national cuisine and what don’t you dare even to taste?

— Meat, meat and meat. I like Kyrgyz plov with brown rice, yellow onions and large pieces of meat. I know how to cook it. I also like and dymdama, manty and lagman. I like soups least of all.

People who eat snails and frogs can eat everything.

— I like direct relations, kindness and strength of friendship as well as curiosity and openness to the new, the ability to have fun easily.

I did not like the fact that there is still a division according to ethnic characteristics, contempt. That is, there is no close relationship between different ethnic groups.

— Illegal construction in parks, in courtyards of houses.

link: https://24.kg/english/49448/
views: 1127
Print
Related
James Hashim dreams of opening Spanish restaurant in Kyrgyzstan
ADB Country Director Kanokpan Lao-Araya: Bishkek is quite cosmopolitan
Atsuto Uchiyama about difference between Japanese and Kyrgyz sushi
Siôn Roberts: Bishkek saved me from sad and depressing time during the pandemic
Oscar Herrero from Spain about his worries and delights in Kyrgyzstan
Valerian Sibille doesn't like Kyrgyz language, but wants to return to Kyrgyzstan
Striker of Alga Tosin Aleriwa about football, plov and stupid people
Choreographer from Cuba Michael Campos: Kyrgyzstan is special
Eraj Kaniev from Gorno-Badakhshan finds his home away from home in Kyrgyzstan
Mary Bernadette Condé became Kyrgyz kelin, but still not used to local customs
Popular