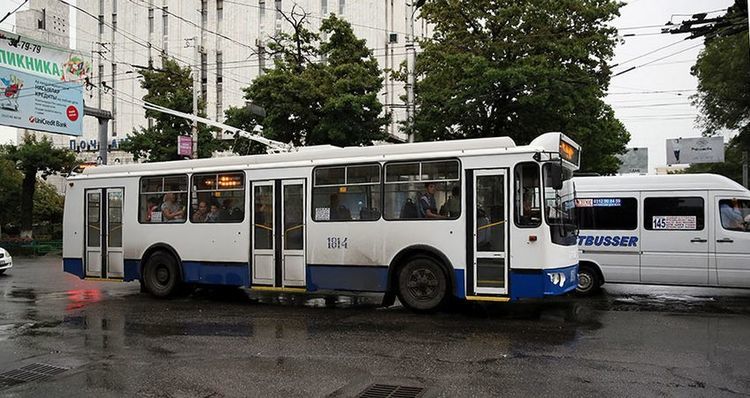 According to him, the application was launched in test mode a week ago. «It allows tracking the transport movement online. The arrows indicate who is moving in which direction," the vice mayor said.

The application is still being finalized, but it can already be downloaded. We will finish it and present next week.

He admitted that it’s not profitable for drivers to be seen on the route. «So they turn something on and off. It is such a mentality, we have to work on it. The application was developed by a private company, it relates only to municipal transport. This was expensive, about 3 million soms were spent on it," Gennady Militsky added.

According to him, 105–110 trolleybuses and 110–115 buses work along their routes daily. Virtually all trolleybuses have free Wi-Fi, the installation of GPS navigation in transport is ending.

«We pursue our goals — to control the municipal transport, be aware of unplanned leaving of the route. And as for the residents, the new application will give them a big advantage: one can leave the house and look where the bus is going," the Vice Mayor said.