German in Bishkek: I fell in love with little fluffy cookies – boorsoks 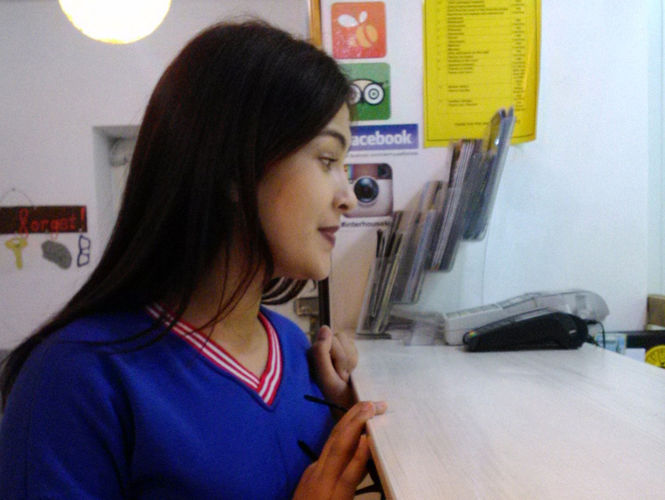 Elena Josefstoll is 23 years old. She came to Bishkek from the German city of . She lives here for six months already and studies under program at the . The student admits that she fell in love with the capital of , she really likes the local mentality. «People here are open to communication, although we do not understand each other," she said smiling.

Elena is fond of sewing. One day she wanted to make a pillow with a horse’s mane, asked friends where to buy it.

«They rushed off, but eventually brought me to a farm in the suburbs and just handed me a horse’s head. I am somehow surprised by the behavior of local residents. I thought that it would be very expensive for me, but they did not take a som: it turned out that it was only waste," she recalls.

I love this inexpressible feeling when you sit on the lift: the cold and frosty air fills you, and you seem to soar above the ground.

— Absence of yurts. I always thought that is a small . It turned out I was wrong. And the market! There are so many people on weekends that I’m just in shock. For some reason, I was strongly advised to leave the backpack in the hostel and go to the bazaar only with someone from the local. It turned out that this is for my own good: it’s dangerous to walk alone in the market.

— It is a large number of pubs, cafes and restaurants. I like to sit in Travelers Coffee and drink gluehwein. This reminds me of my home.

— Metro. Bishkek, of course, has minibuses, which are much cheaper, and it is easy to reach them — they are everywhere. But the metro is much more convenient and comfortable.

— Park named after Chingiz Aitmatov. It has a museum of sculptures in the open air, I really like to go there. I feel free there.

— What do you like in the national cuisine, and what are you afraid even to taste?

— I liked the dish called beshbarmak, it is a bit like pasta, but with a lot of meat. And I fell in love with little fluffy cookies with honey, called boorsoks.

The Kyrgyz serve their honored guests such a delicacy — a boiled sheep’s head, but I am not ready for it yet.

The attitude of people to each other was charming, you can meet it not everywhere. In my home country, in , the elders in the family are perceived more as friends than as authoritative persons. This is not always good.

I was disappointed at low culture: men often spit where they want. Terrible roads! I was afraid and felt sorry for my car I rented.

— Law enforcement agencies and, of course, taxi drivers. When I just drove into the city, I was constantly stopped on the roads and gestured about the money. It was tactless.

And as for taxi drivers, in my opinion, they live for the moment. When I went around the city alone, the prices were inflated two or three times, unlike trips accompanied by my Bishkek friends.