«I applied to the Security Service of Ukraine after it became known that two members of the Kyrgyz Parliament visited the . This is a gross violation of Ukrainian legislation which provides for certain sanctions. The very first of them is a ban on entry into the ," he said.

Ilya Lukash added that the Security Service of Ukraine was considering the issue of banning the entry into the of  for the deputy of Kyrgyz Parliament Marat Amankulov, who was in the together with Irina Karamushkina. 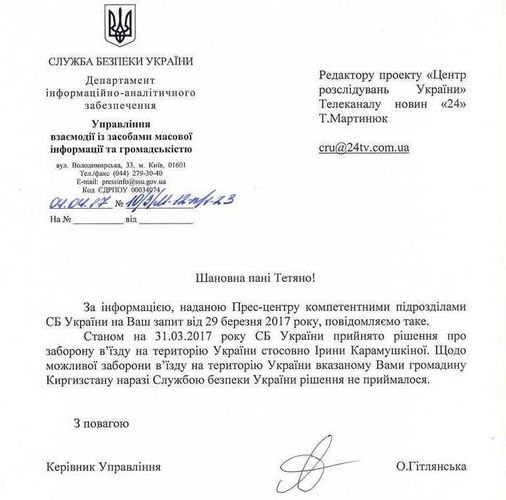