Does Atambayev stake his all? 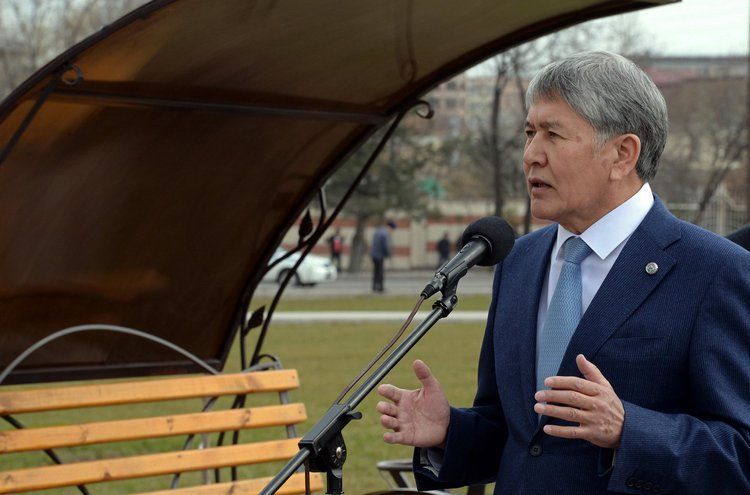 Investigators of the State Committee for National Security (GKNB) and the Prosecutor General’s Office have recently been working in the Stakhanov’s way, day and night. The arrests of the opposition politicians, which began in the spring of 2016 after the detention of Asanov and Kadyrov, continued in February and March 2017.

In the near future, several former members of the interim government and of the Parliament may be also detained.

The real prospect of being placed into GKNB pretrial detention center primarily threatens the closest associates of the leader of Ata Meken party Omurbek Tekebayev — Bolot Sher (Sherniyazov) and Turatbek Madylbekov. They, like Raikan Tologonov, may be charged in the criminal case on looting in 2010.

of Parliament Bolot Sher recently made the most popular among the Kyrgyz politicians «a number one» haircut.

The investigators are putting pressure on all of my assistants to testify against me.

It can not be excluded that the pressure on other members of the Parliament from the opposition party — Aida Salyanova and Almambet Shykmamatov- will also increase. It is possible that they can change the comfortable hall of the Parliament to narrow cells of the detention center.

During one of the last meetings with the heroes of the April Revolution, President Almazbek Atambayev hinted that he had serious compromising evidence against some members of the interim government.

Experts believe that the authorities will be afraid of placing ex-head of Kyrgyzstan Roza Otunbayeva in the pre-trial detention center.

But they will unlikely show such compassion for her close associates — Beknazarov, Kaptagaev and Dushebaev. A criminal case can be, however, filed against them for the exhortation of the of the transition period.

Apparently, fearing repressions, the «bulldozer of the revolution» recently prefers not to appear in Bishkek and spends almost all of its time in a small homeland — in the , Aksy district.

The Prosecutor General’s Office and the State Committee for National Security in recent days drew attention to politicians from the president’s entourage.

Investigative bodies conduct check of the leader of SDPK faction Isa Omurkulov. Criminal cases were brought against the chairman of the State Registration Service Taiyrbek Sarpashev and MP from the SDPK Muzaffar Isakov.

The authorities are unlikely to please the politicized public with the arrests of  Social Democrats. Most likely, Omurkulov, Sarpashev and Isakov will get off with a slight shock.

In November 2016, Almazbek Atambayev, when congratulating journalists on a professional holiday, said for the first time that he would «take the old guard of politicians with him.»

During his visit to  in February, the President raised this issue again. And he shared his opinion that at the end of the year (before the presidential elections) he would take with him «many of the envious politicians.»

It seems that the power structures understood the idea of ​​the President literally. The cleanup of opposition politicians and Atambayev’s disliked allies is in full swing.

If the process continues at the same pace, none of the revolutionary companions of the head of state will remain at liberty after some time.

Peaceful transfer of power is important

Increased arrests of politicians and the initiation of criminal cases against them are not accidental. There is a  preparation for the presidential elections, which are to be held in November.

Those who are able to organize protest rallies are primarily removed from the political arena.

Will tough actions ensure peaceful transfer of power? As experts believe, the opposite effect is quite possible. There can be a situation in which neither the government nor the opposition can control the situation.