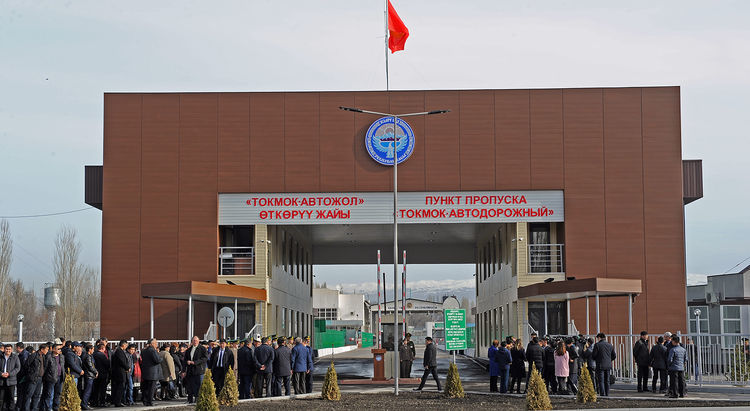 «Tokmok- Avtodorozhniy» checkpoint was renovated as part of the work to improve the country’s infrastructure in accordance with the requirements of EEU. The Prime Minister of Kyrgyzstan Sooronbay Jeenbekov stated at an opening ceremony, the Information Support Department of the government’s executive office reported.

According to him, the renovated checkpoint is capable of passing 700 cars and more than 5,000 people a day.

The Prime Minister Sooronbay Jeenbekov noted that after Kyrgyzstan’s accession to EEU most of the attention was paid to improvement of the legislative framework, and infrastructure projects were left without due attention.

By the end of the year, 13 phytosanitary and veterinary laboratories will be commissioned in Kyrgyzstan. The state allocates 190 million soms for these purposes.

Sooronbay Jeenbekov stressed that all checkpoints on the state border are being updated in accordance with international standards.