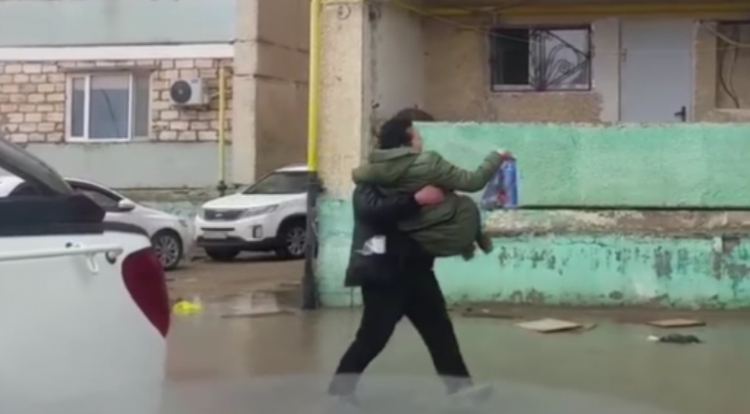 Residents of Aktau city () carry each other in their arms because of heavy rains. Tengrinews.kz reported.

As noted, heavy rainfalls in some parts of the city flooded yards, residents can not get out of the entrance halls.

Earlier it was reported that heavy rains started flooding Aktau. The city had problems with electricity and drinking water, the police switched to intensified duty regime.

Some Aktau residents take the current situation with humor. They offered to launch pleasure boats on the streets of the city.