Border guards of Kyrgyzstan and Tajikistan train together to protect borders

Yesterday, on March joint training session took place between the border guards of  and , the Public Relations and Mass Media Department of the State Border Service of the informed.

The servicemen specified the procedure for joint border protection to prevent violations of its regime with the beginning of spring field work, to exclude incidents and conflict situations in the areas of responsibility, the report said. 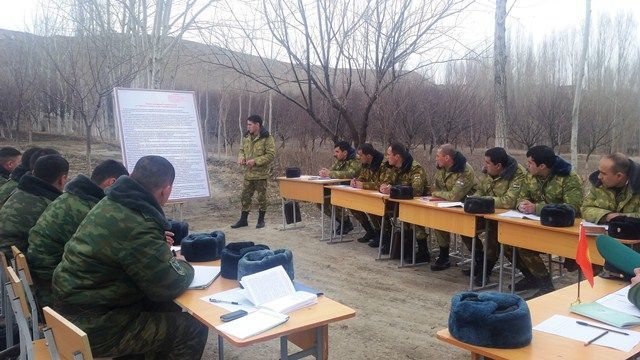 The border posts of the two countries discussed using real examples each paragraph of «Line of conduct of border guards in  section of the border," and also examined the background and causes of incidents and possible solutions.

The border guards focused on  timely resolving of conflicts in unspecified areas of the border, and clarified the order of interaction between the heads of border posts in case of incidents.

The event was held within the framework of cooperation between the State Border Service of the in Batken region and the Border Guards Department of the State National Security Committee of the in Sogd region.