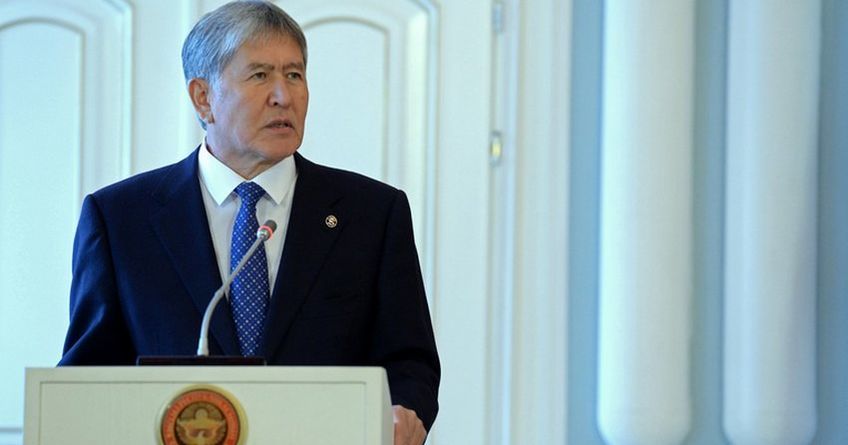 The President of Kyrgyzstan made a statement about the infringement of freedom of speech and lawsuits against the media. It is published on the website of the head of state.

«Lately, a bunch of allegedly independent journalists, media and politicians in fact demand for themselves the right to slander and blacken the unwanted for them people and, first and foremost, the elected president of independent Kyrgyzstan under the slogan of the right to freedom of the press," statement of the President of Kyrgyzstan says.

«Such a campaign in some media and social networks has been carried out purposefully over the past few years and has intensified since the last summer. It is the campaign of lies, slander and defamation, blatant and immoral substitution of the principles of freedom of speech that are holy for our people by the lies and slander," the head of state said.

«I would like to recall that the main duty and the right of journalists and the media is to bring to the people honest and truthful information, objective facts, but not fake news, lies, and slander," the President said.

«Citizens of Kyrgyzstan have to understand that the true purpose of these allegedly independent journalists, media and politicians is not the search for the truth, but the destabilization of the situation in Kyrgyzstan ahead of the upcoming November elections of the new president through discrediting by lies and slander the popularly elected head of state and our entire country in the eyes of the world community," the statement said.

«Realizing that Kyrgyzstan in recent years is confidently getting on its feet and not finding other means, these people have chosen lies and slander as the only weapon in their dishonest and dirty game," the head of state said.

It’s time for the relevant authorities of the country to remind these pseudo-fighters for freedom that the law is mandatory for everyone, and not just for the nationwide elected president of the country.

«Our country and the people of  now need peace and stability, unity and solidarity. The rights and freedoms of citizens that have been achieved with such great difficulty should not be left to the distributors of lies and slander," the statement says.