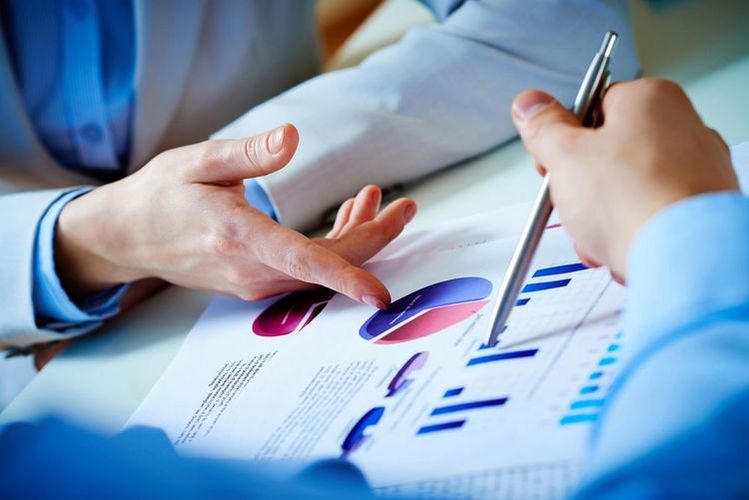 Today, the National Statistical Committee presented the results of the social and economic development of  for 2017. The situation is rosier than during the same period of 2016.

According to the National Statistical Committee, in the first two months of 2017, GDP amounted to almost 52 billion soms. In comparison with 2016, it grew by 5.4 percent. Without taking into account the enterprises developing Kumtor mine, the indicator is more modest — more than 47 billion soms with a growth of 3.6 percent.

At the same time, the National Statistical Committee notes that such indicators are connected mainly with the low base of  the first months of 2016, there was a record fall in GDP — by 10 percent in January and more than 8 percent in February.

The volume of industrial production is estimated at 29.5 billion soms. Compared to 2016, the growth is impressive — 22.9 percent. But if you compare it with the indicators of 2015, then the picture is not so good. The industry is still in stagnation and in comparison with 2015, the volume of production in the sector decreased by 34.2 percent.

Vegetables rise in price by almost third for month

From the beginning of the year, the inflation rate in the consumer sector was 1.5 percent. In February, the price increase was 0.6 percent.

Prices for food and non-alcoholic products rose by 2.2 percent. This is caused by a significant increase in the cost of vegetables — by 23.6 percent.

Tobacco products (by 12.4 percent) and services (by 1.9 percent) also rose in price.

The maximum increase in prices (by 2.8 percent) was registered in  city. Food and beverages (by 3.6 percent), products (by 0.9 percent), alcoholic beverages and tobacco products (by 8 percent) went up most of all there. But the tariffs for services from the beginning of the year increased mostly in Bishkek — by 2.2 percent.

In January 2017, there was 7.7 percent decrease in exports in comparison with the first month of 2016. This is connected with 2.3 times reduction in the supply of gold, plastics and plastic products, electric machines and equipment (1.6 times) and tobacco products (1.6 times).

The volume of mutual trade with the countries of the Eurasian Economic Union in January 2017 amounted to $ 143.6 million and compared to January 2016 decreased by 7.2 percent. Export decreased by 6 percent, and imports increased by 14.1 percent. and accounted for the largest share of the republic’s mutual trade with EEU countries (65 percent and 34.2 percent respectively). In comparison with 2016, the export of vegetables to the decreased 2.3 times.

As for imports, we have started importing from more dairy products (1.8 times), timber (2 times), ferrous metals (32.8 percent), and plastic products (22.5 percent). At the same time, import of vegetable oils (by 44.7 percent), confectionery products (by 39.4 percent), soap products (by 49.8 percent) decreased.