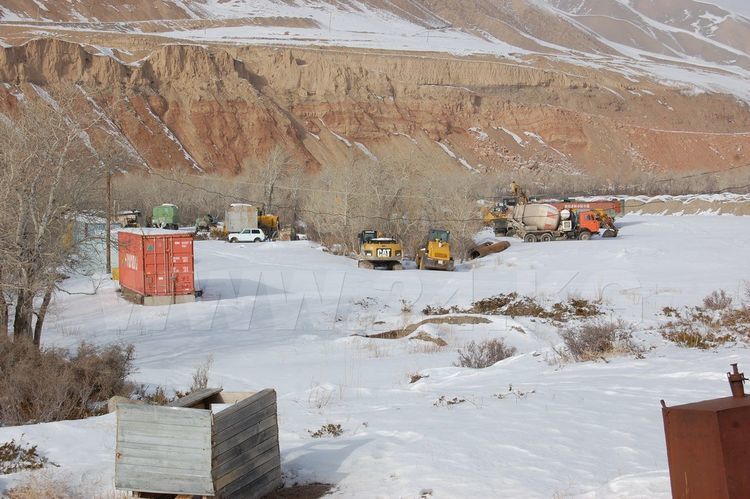 New scandalous details were revealed in the case on the return of money spent on the construction of  cascade of hydroelectric power plants. However, Kyrgyz officials prefer to remain silent and not to clarify the loud accusations, surrounding the failed project with secrets.

The agreement between the governments of  and on the construction and operation of  cascade of hydroelectric power plants was signed by the Energy Ministers Avtandil Kalmambetov and Alexander Novak. Then it seemed that the project promises bright prospects to both parties. Nobody thought that someone would refuse to implement it.

First of all, the Russian side had to allocate money for the development of a feasibility study and 50 percent of the cost of the project.

also contributed to the project in form of the right to use the land plots allocated for the construction of the cascade and other assets, including intangible ones — it has to exempt «Verkhnenarynskiye GES» CJSC from property tax and land tax within the investments payback period.

In addition, was to hand over 25 percent of CJSC shares to the Russian side in trust management for investments payback period.

Experts believe that exactly these points forced to denounce the agreement.

The Russian side has already announced its intention to sue in order to recover the money spent.

If the agreement is terminated, must compensate for the costs.

There is no mention of any international audit in the agreement, which the National Energy Holding insists on. And they want to spend $ 2 million on it.

How was left without voting right

The board also included only two representatives from , and the chairman was nominated by . Decisions of the board of directors and the management are made by a simple majority of votes. Consequently, simply could not influence it.

Who failed the construction?

Many are tormented by the question — why , which is still interested in building new facilities, voluntarily abandons the project, being aware that the money should be returned?

Difficulties in the project arose from the beginning of its implementation. In July 2014, the chairman of the board of «Verkhnenarynskiye GES» CJSC Igor Gorbenko wrote a letter to the then Minister of Energy Osmonbek Artykbayev that his deputy Aibek Kaliev hinders the construction.

The Russian side coordinated the list and quantity of construction equipment, however, delayed an answer and asked for a detailed list. Talks were constantly postponed because of Kaliev’s business trips.

At present, Aibek Kaliev heads the National Energy Holding and oversees the process of negotiations on the return of $ 37 million to the Russian side. However, a deputy and representatives of the State Committee of Industry, Energy and Subsoil Use go to meetings in  instead of him.

The chairman of the board of the Energy Holding himself refused to comment on the published letter to 24.kg news agency.

The companies that were involved in the construction also cast doubts. Proceedings between the contractors and the joint venture still continue.

«Verkhnenarynskiye GES» CJSC is trying to return more than 7.3 million soms, which were taken by Agram LLC. The general director of the company is Petr Andreevich Pavlov. The defendant does not attend court hearings.

By the way, Agram LLC is involved in about 30 disputes related to the failure or improper fulfillment of obligations under land transactions in .

Chui Ecology Laboratory carried out an assessment of the impact of the Upper Naryn HPP cascade on the environment for $ 249,000, or 13, 450 million soms. The deputy commission has revealed that it belongs to an official Baibagyl Tolongutov. He headed the Center for State Regulation in the field of environmental protection and environmental safety of the State Agency for Environmental Protection and Forestry.

Later, the agency spread a message that it allegedly carried out an official investigation, and the information of the parliamentary commission regarding their employee is not true.

But the information received by the commission says quite different. According to the documents, on July 2, 2014, Baibagyl Tolongutov becomes an absolute owner of LLC shares that is its full-fledged owner. Literally in 2 months, to be more exact, on September 12, 2014, there was held a tender for an environmental assessment, which was won by Chui Ecological Laboratory LLC!

By the way, Baibagyl Tolongutov became the head of the Center for State Regulation in the sphere of environmental protection and ecological safety as far back as in 2012.

24.kg news agency tried to get official information about those who built the cascade objects. Neither Electric Stations JSC, nor the State Committee for Industry, Energy and Subsoil Use, nor the National Energy Holding know who was the cascade contractors. And has, we recall, to return the money.

The agreement on the construction of the Upper Naryn HPP cascade was signed by the governments of the countries.

They approved «Verkhnenarynskiye GES» CJSC with the distribution of shares in the authorized capital 50 to 50 between Electric Stations JSC and RusHydro. The company is entrusted with the implementation of the project.

The money was allocated by RusHydro. Consequently, Electric Stations will have to repay the debt, since the dispute arose between two economic entities.