The deputy of the Parliament of Kyrgyzstan, leader of Ata Meken opposition party Omurbek Tekebayev was arrested for two months. The decision was made the day before by the judge of Pervomay District Court.

Omurbek Tekebayev was detained for 48 hours at Manas airport immediately after his return from Istanbul. He was taken to the State Committee for National Security and questioned.

The criminal case against the politician was initiated by the Prosecutor General’s Office at the request of a Russian businessman. Omurbek Tekebayev is charged with corruption and fraud.

His supporters are holding protests for the second day in a row. They rallied in front of the SCNS and at  Square. A rally was also held in the south of the republic — in  town. 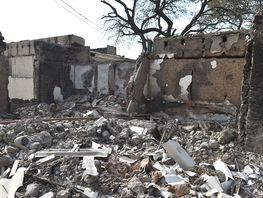