Supporters of Dastan Sarygulov hold a protest at the White House in the center of Bishkek.

As Aibek Myrza Chairman of the Committee for his protection told, the purpose of the protest is to stop political persecution of Dastan Sarygulov.

As a human rights activist said, they wrote an appeal to the President, the Speaker and the Chairman of Pervomay district court with request to consider the issue of political prisoners.

«We ask the court to make a fair decision in respect to Dastan Sarygulov, who was unjustly sentenced to 12 years in prison," Aibek Myrza said. 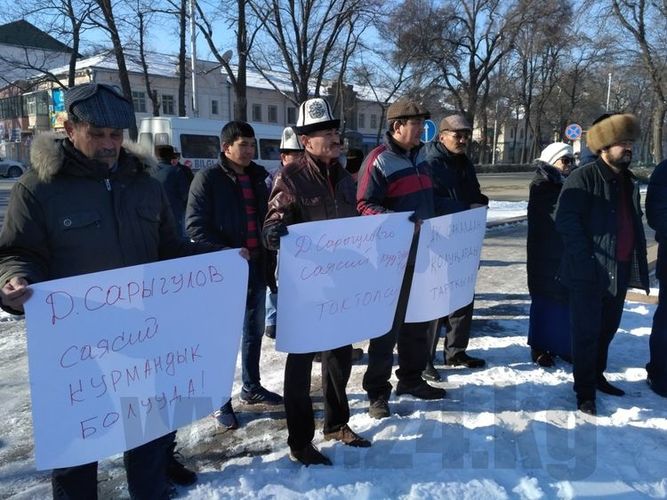 According to one of the participants of the rally Rita Karasartova, she does not share the political views of some political prisoners, but said that the trial on their case should be open.

«If there is evidence of their guilt, let it be shown, let people know that such actions are a serious crime," Rita Karasartova said.

About 20 people participate in the rally. Police officers control the situation.