Head of Bishkek Health Department intends to sue for attacks 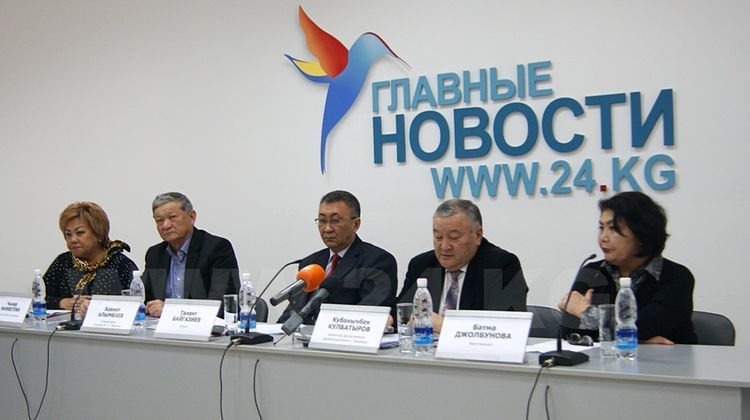 Head of the Bishkek Department of Health Kubanychbek Kulbatyrov intends to go in court because of unjustified attacks in his address. He said this today at a press conference in 24.kg news agency.

«I was appointed to this post in April 2015. Since then the capital has made a significant progress in the hospitals activity. Maternal mortality declined almost by a half, infant and child mortality rates reduced. We have improved the material and technical state of health care organizations," he said.

At least 22 cars out of 43 existing at emergency aid stations have been updated for a year and a half.

«Equipment in family medicine centers, in hospitals also was improved. Since the beginning of 2017, we acquired four new systems for three clinics and one hospital. Of course, there are gaps and shortcomings. But we are working on them," Kubanychbek Kulbatyrov said.

«It has become trendy to spread unfounded accusations against the department and me personally without reliance on established facts. This is a way to settle accounts. Ardent «fighters against corruption» are busy with other things instead of solving global issues — preservation of the nation’s health," he added.

I began the reforms and will complete them. I became unwanted to someone, became an enemy because of this. I am ready to be the enemy, but the reforms will continue. From now on, I will inform the relevant authorities about all the attacks as it is required by law, in order their authors to be prosecuted.

The Ministry of Health of Kyrgyzstan formed a commission to check the activities of the capital’s Department of Health. Earlier, the head of the department was accused of intimidation and blackmailing. On February 13, the parliament deputies also created a working committee. Kulbatyrov himself linked the attacks in his address to the reforms.
link: https://24.kg/english/45379/
views: 1135
Print
Popular