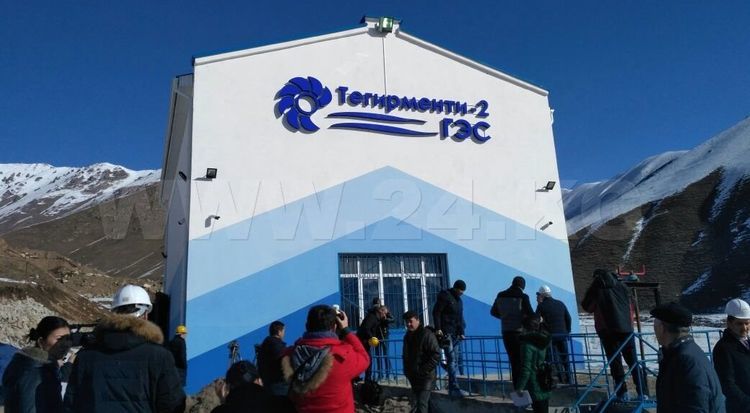 The HPP with power capacity of 3.1 MW was built in 11 months by «Tegirmentinskaya HPP" company. Its construction cost 215 million soms.

As the owner of the company Rakhat Irsaliev told, to impement the project, they invested 71 million soms and took 144 million soms in the Development Fund in the form of a loan at 12 percent per annum.

He said that the power plant has Czech production equipment with Pelton turbine.

According to Rakhat Irsaliev, the small hydroelectric power plant, which employs eight people, is fully automated. It requires only periodic monitoring by the staff.

«In December 2016, it generated and supplied to a nationwide network 479,460 of electricity. In 2017, under a contract with Severelectro JSC, the company plans to produce 13.5 million .»

Rakhat Irsaliev told that «Tegirmentinskaya HPP-2» is able to meet 20 percent of the needs of the Kemin district in electicity in winter and 35 percent — in summer.

As the owner of power company said, they intend to build a cascade of small hydropower plants on the district.