Resignation of Health Minister of Kyrgyzstan demanded in Bishkek 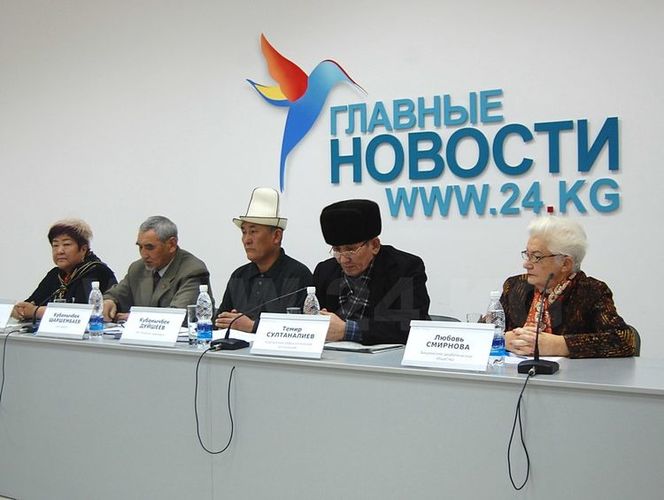 «We demand resignation of the Minister of Health of Kyrgyzstan Talantbek Batyraliev," representative of  Public Council NGO Kubanychbek Sharshembaev said today at a press conference in 24.kg news agency.

According to him, patients complain. «The activities of the head of the Health Ministry are studied in Parliament. But these checks can not be brought to their logical conclusion. There is rampant joint responsibility in state agencies. People write complaints to the President, but in vain," Kubanychbek Sharshembaev said.

He noted that the staff of the Family Medicine Center of Kochkor district, Naryn region complained of Talantbek Batyraliev. «Chief Doctor of the center was forced to resign, and Batyraliev appointed to his place an incompetent person who has never worked in the health care system, but only at private enterprises. Two hundred people have written to the President, not having got the truth in the lower agencies. And the Presidential Administration sends the complaint back to the Minister of Health. How can it be?» representative of the NGO said.

«We hope that the Prosecutor General’s Office will consider the issue and will take action. There is personnel reshuffle in the health system in other districts also. Gulmira Shakirova, who has no medical education, was appointed the director of the Drug Supply Department. The minister recommended her. In addition, he appointed Kuban Kundashev, who was repeatedly prosecuted, Deputy Director of Diseases Prevention Department. People say that he is the minister’s nephew," Kubanychbek Sharshembaev added.

«Another official from the Drug Supply Department — Janyl Dzhusupova — was accused of illegal issuance of permits. But she calmly continues working. We believe that Talantbek Batyraliev should not take such an important post," he concluded.