Ambassador of Kyrgyzstan to Austria appointed

Bakyt Dzhusupov was appointed the Ambassador of Kyrgyzstan to Austria, Permanent Representative of the Kyrgyz Republic at OSCE and other international organizations in Vienna. Information Policy Department of the Presidential Administration reported. 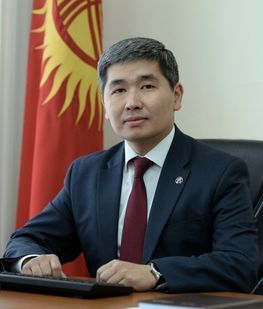 In 2002, Bakyt Dzhusupov graduated from the Faculty of International Relations of the Kyrgyz National University named after J. Balasagyn.

On March 5, 2014 he was appointed Deputy Head of the Foreign Policy Department of the Presidential Administration.

He has a diplomatic rank of Ambassador Extraordinary and Plenipotentiary of the Kyrgyz Republic.