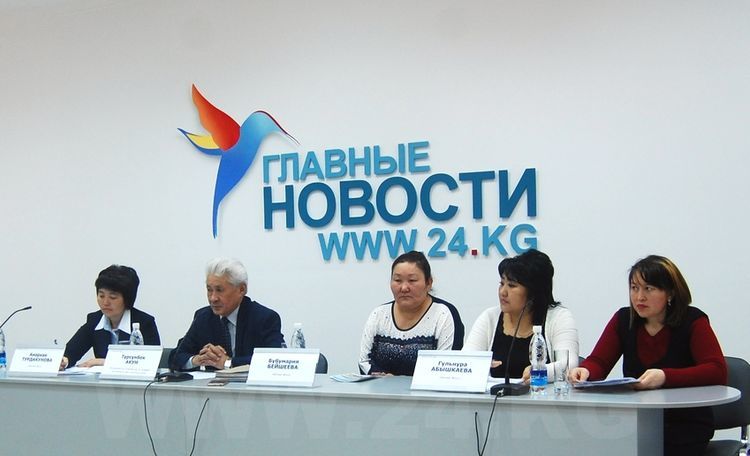 «The Prime Minister of Kyrgyzstan does not receive citizens on the issue of allocation of land for 6 months, he also does not receive me for two months," Coordinator of the Human Rights Congress in Central Asia Tursunbek Akun told today at a press conference in 24.kg news agency.

According to him, Bishkek residents turned to him with a request to assist in allocation of a land plot for individual construction.

We are forced to hold press conference, because ordinary people can not meet with the head of government. Therewith, he does not deny them.

How participant of the press conference, representative of  NGO Gulnara Abyshkaeva told, on May 25, 2005 there was issued a decree of Bishkek Mayor’s Office on allocation of  of land for individual construction in the territory of the former state decorative gardening farm on . However, the problem has not been solved for 11 years.

«The Mayor’s Office said that it needed a topographic mapping, plot plan, and it is delaying the decision under all kinds of pretexts," Gulnara Abyshkaeva told.

According to her, 150 people from their NGO, who do not have their own housing, are in queue for getting a land.

I met with the mayor Albek Ibraimov, he said that he planned a park there and was not going to execute the decision of the Mayor’s Office dated 2005, but said that if there is a decision of the Prime Minister, he would consider it then.

According to Tursunbek Akun, tomorrow, they are going to hold a peaceful rally in front of the government building, the main purpose of which will be meeting with the Prime Minister.

«Following the publication in the media about the upcoming rally, government staff asked me not to hold it and promised to organize a meeting. But there is no result. In addition, I have information that law enforcement agencies have begun to threaten the drivers in order they not to hold rally which they also intend to join," the human rights activist said.