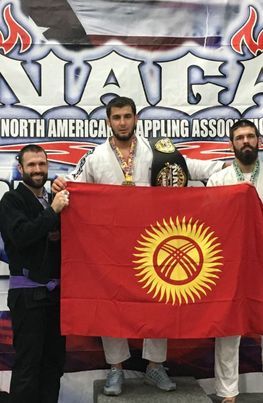 According to the president of the Federation of Brazilian of Kyrgyzstan Abdurakhmankhadzhi Murtazaliev, the competition was attended by representatives of , , , and other countries. Our country was represented by two athletes. «The fight for victory unfolded in two kinds of martial arts. Nestan Kiyazova won gold at the tournament in Brazilian in the weight category of . She became the second in grappling," Abdurakhmankhadzhi Murtazaliev said to 24.kg news agency.

«I also performed in both kinds (weight ), and took the first place twice. In grappling competitions, I fought among professionals and got the championship belt for victory," he said.