Investments on Jerooy project to amount to 32.6 bln soms

Investments on Jerooy project will amount to 32.6 billion soms. This sum shall be spent in the next 20 years, the chairman of the State Committee of Industry, Energy and Subsoil Use Duyshenbek Zilaliev said today to Azattyk.

• In May 2015, Russian company won the tender for development of Jerooy field (Talas region).

At the beginning of 2016, the government of  stated that investor would begin the construction of gold extracting factory in the fall.

However, a year has passed, but the Russian company still coordinates documents with officials of the KR.

According to Duyshenbek Zilaliev, this process will be completed in the near future. First of all, will build a processing plant. 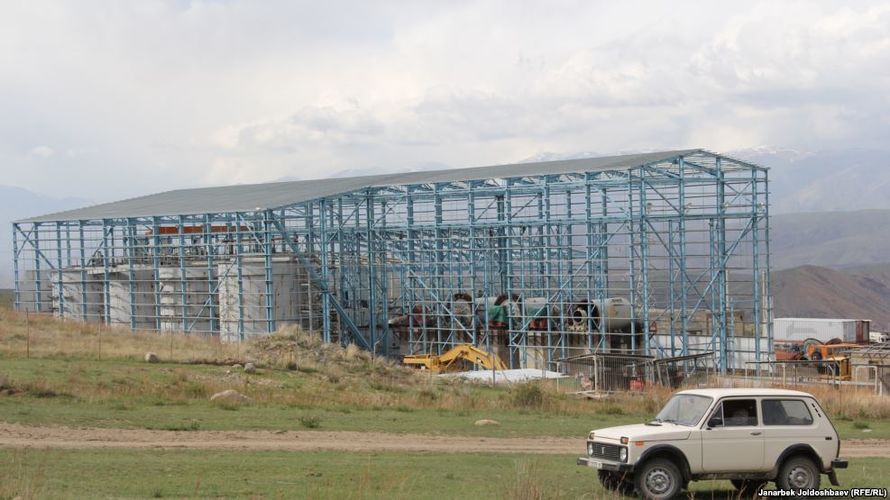 Photo Azattyk
«Investors are challenged to construct it of  so that it complied with all the modern standards. After they will start the construction of tailing dump. There is a very important point concerning environmental issues. The sulfuric acid won’t be used in the process of gold mining at Jerooy deposit. At the moment, the company chooses contractors for the construction work. In parallel, it also addresses infrastructure issues, the same road to the field, there is a preparation of amenities for the administration and the workers on the field, hotel, dining and other facilities," Azattyk quotes the official as saying.

• The Russian company paid $100 million for the license to develop the field.

The license gives the right to develop it for 20 years.

Duyshenbek Zilaliev recalled that one of the conditions of competition on the development of Jerooy field was an agreement on the benefits package connected with the program of  development of Talas region.

In the first three years, 100 million soms will be invested only in the development of the local community of Talas region annually. Then the company will transfer 150 million soms.

• 70 percent will be directed to crediting of small and businesses.

Loans for the development of small and medium business — purchase of cattle, agriculture are already issued through the funds of districts and regions.

It is planned to improve the infrastructure -kindergartens, schools; roads will be built, the material and technical base of local hospitals will be improved. In 2016, more than 5 million soms have been allocated for the repair of social institutions.