Rally in support of MPs Asylbek Jeenbekov and Torobai Zulpukarov was held in Bishkek near the building of the Pervomaisky District Court. 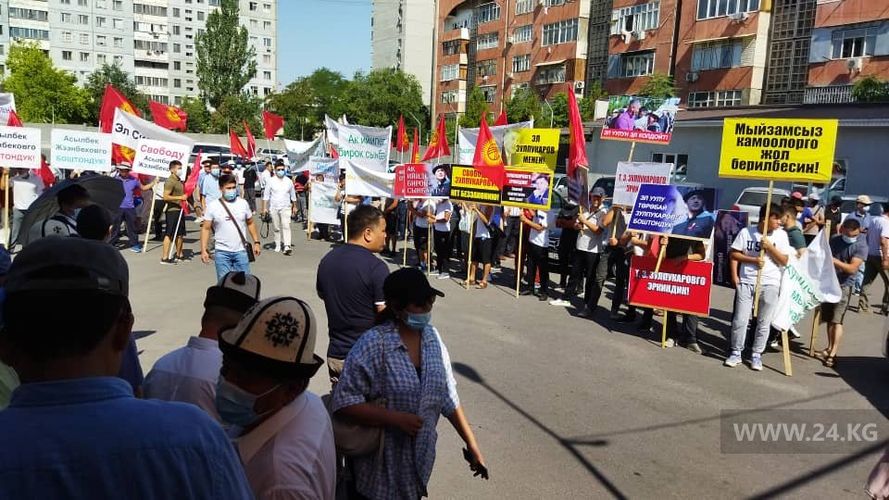 The protesters demanded to release the deputies. In total, about 200 people participated in the rally. According to supporters, the deputies are not guilty of anything and they should be placed under house arrest.

The parliament members were brought to court to extend the measure of restraint.

The SCNS is investigating the criminal cases on Kumtor. The beginning of June was marked by high-profile arrests. Former and current deputies of Parliament Torobai Zulpukarov, Iskhak Pirmatov were placed in the SCNS remand prison for two months. The court also ruled to arrest the ex-prime minister Omurbek Babanov, former speaker of Parliament Asylbek Jeenbekov and the first vice prime minister Taiyrbek Sarpashev. Their supporters believe these arrests are politically motivated.

Three former deputies Talant Uzakbaev, Almazbek Baatyrbekov and Iskhak Pirmatov were released from custody. They entered into a plea bargain.