More than 8 kilograms of hashish were found in the house of a member of a drug gang. Press service of the Ministry of Internal Affairs of Kyrgyzstan reports.

The police suppressed the activities of a drug group that created a stable channel for the transportation and sale of drugs on an especially large scale from Chui region to the Russian Federation.

Earlier, operational information was received about some woman aged 40-45, who was engaged in the trafficking of drugs from Chui region to the territory of Novosibirsk Oblast.

Police officers identified the suspect. The fact was registered and a pre-trial investigation was initiated under article 267 «Illegal manufacture of narcotic drugs, psychotropic substances and their analogues for the purpose of sale» of the Criminal Code of the Kyrgyz Republic. 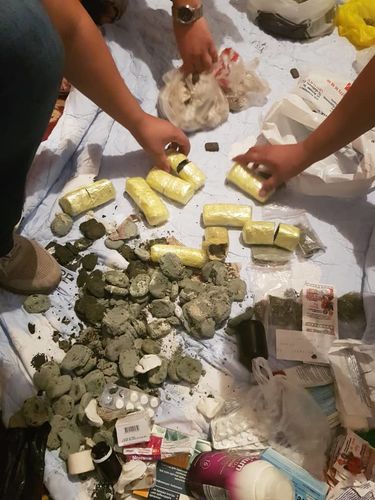 The police detained a citizen, born in 1979. During a search in the house of the detainee, packed briquettes were found and seized. In total, the police officers found 762 briquettes of narcotic drugs. Thus, 8 kilograms 930 grams of hashish were withdrawn from the illegal turnover.