Siôn Roberts: Bishkek saved me from sad and depressing time during the pandemic

Siôn Roberts was born in Llandudno — a small town in North Wales. He came to Kyrgyzstan in early January 2021 to discover more of the country.

«I work in the hospitality industry back at home, but during the pandemic everything was closed, so I had a lot of time off. I arrived in Kyrgyzstan after deciding that staying in the UK during our lockdown period was becoming detrimental to my health. I have previously been to Kyrgyzstan back in 2018, but it was a very short trip,» the man told.

I always had the idea of returning to discover more of the country.

Siôn did some research on traveling to Kyrgyzstan during the pandemic, and was delighted to see that the tourism industry was open and Kyrgyzstan was welcoming foreigners with open arms.

«I quickly booked a flight, and only five days later I touched down to Bishkek,» Siôn Roberts told.

— What surprised you in Bishkek upon arrival?

— When I arrived in January, it was unbearably cold. Temperatures were around −20 degrees Celsius, so just leaving my room for the first few weeks was pretty tough. However, the weather quickly turned as spring arrived, and it started getting warm really quickly. 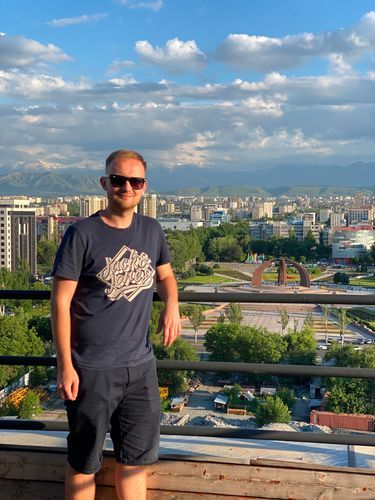 I thought Bishkek was a really green city. There are plenty of parks and boulevards to relax with friends and the views of the mountains are spectacular — especially on a clear day.

I also thought the restaurant and cafe scene in Bishkek was much better than I expected.

There are plenty of options for western tourists in Bishkek, with a range of restaurants serving delicious cuisines from all around the world. Of course, there are also plenty of nice spots to tuck into some delicious traditional local foods.

— Wales is also famous for its mountains and beautiful nature, so there were some similarities in that respect. However, I have to admit the nature in Kyrgyzstan blew what we have in Wales out the water.

You’d struggle to find beautiful places such as Son-Kul, Sary-Chelek and Issyk-Kul in Europe, let alone just in Wales!

I could see how patriotic people were in Kyrgyzstan. The flag was visible everywhere, and during conversations I was having with the locals you could sense how proud they were to be from Kyrgyzstan. Of course, every country has its issues, but I could sense that some people didn’t want to complain or be angry about certain problems, and they were simply just happy to call themselves Kyrgyz!

— You had to return to your homeland. What do you miss the most?

— I miss everything! I had the best four months in Kyrgyzstan, and I was incredibly sad I had to leave due to reasons out of my control.

Bishkek is a city that will forever live in my heart.

The city saved me from a sad and somewhat depressing time during the pandemic. I met my current girlfriend, Micol, in Bishkek, and I made so many new friends from Bishkek and abroad. 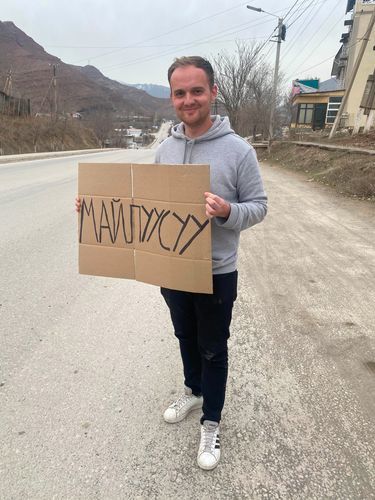 I read online that people disregard Bishkek as a city to visit, but I totally disagree. Sure, the main attractions of Kyrgyzstan lie outside of the capital, but there are plenty of quirky and peculiar sights dotted around the city.

— That’s a tough question! There are so many. I enjoyed walking around the Philharmonic Hall area. There are plenty of nice bars and restaurants in that area, and you also get a nice view of the mountains in the background. 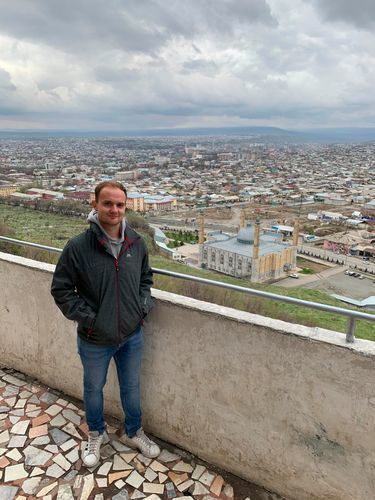 I also enjoyed walking around the smaller neighbourhoods of Bishkek. I spent a lot of time walking around the micro districts. You get a sense of how Bishkek looked back during Soviet times, and how over the years the city has evolved into a more modern and developed city.

— I love how everything is freshly prepared for that day. Nothing is processed and packed full of unhealthy additives like so many places in Europe.

Sure, it’s not the best cuisine if you’re on a diet, but it took me by surprise how tasty it was.

I was a fan of the Kyrgyz staples such as manty, plov and samsy. They were all delicious, and I’d always pop into a Stolovaya to grab a nice meal for lunch.

— Is there something that are you afraid even to taste?

— It is kurut for sure. I have to say the flavour was far too bitter for me, the smell was extremely unappetising and the consistency was not good at all. We don’t have anything comparable to kurut in Europe, so to enjoy it I think you have to be eating it from a young age.

-The Kyrgyz people were the most hospitable, kind and friendly people I have ever met. They were so happy to interact with foreigners and would go out their way to help me with any issues I encountered. 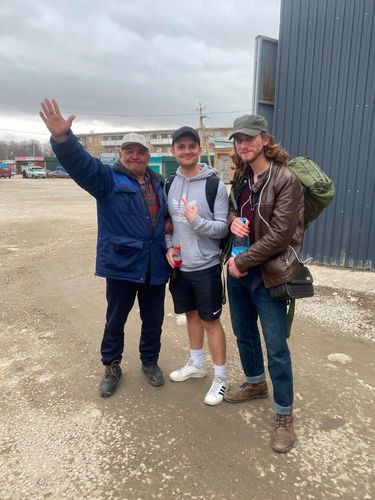 However, I think that the views of most Kyrgyz people could be seen as far too traditional. It’s a very patriarchal society, and the views on issues such as LGBTQ and equality often seemed to be overlooked.
link: https://24.kg/english/200560/
views: 790
Print
Related
Atsuto Uchiyama about difference between Japanese and Kyrgyz sushi
Oscar Herrero from Spain about his worries and delights in Kyrgyzstan
Ambassadors of foreign states leave for Kumtor
Deputy Prime Minister asks Great Britain for vaccine against coronavirus
Valerian Sibille doesn't like Kyrgyz language, but wants to return to Kyrgyzstan
Sadyr Japarov writes letter to British Prime Minister
Striker of Alga Tosin Aleriwa about football, plov and stupid people
Choreographer from Cuba Michael Campos: Kyrgyzstan is special
Eraj Kaniev from Gorno-Badakhshan finds his home away from home in Kyrgyzstan
Mary Bernadette Condé became Kyrgyz kelin, but still not used to local customs
Popular