Photo of Kyrgyz servicemen who fell asleep in a vehicle after a battle during the border conflict was posted on social media. 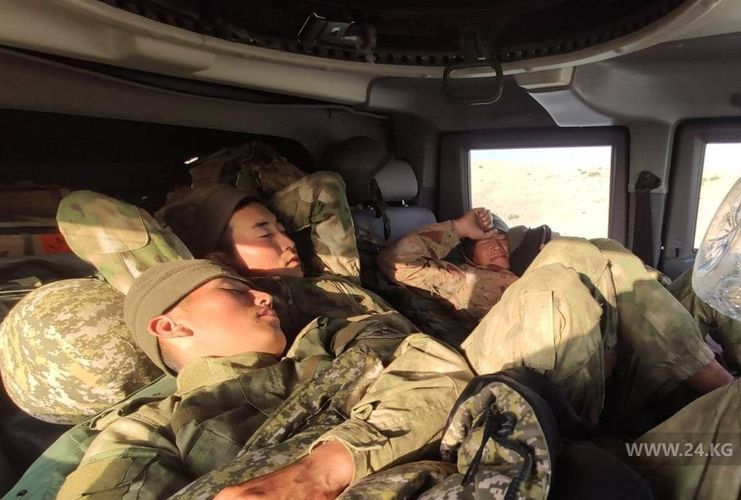 The border conflict began on April 28. Local residents, army units and heavy weapons were involved in it. The parties finally agreed on the armistice and withdrawal of troops only on the evening of May 1.

At least 183 Kyrgyzstanis sought medical help, 36 people died, including children. More than 33,000 people have been evacuated from the conflict zone. The Tajik side unofficially reported more than 150 wounded and about 16 dead.

According to the Ministry of Emergency Situations, 107 houses, two schools, a village first-aid station, a kindergarten, a police station, three checkpoints, ten gas filling stations and eight shops were destroyed in Kyrgyz border villages. Border outposts were also damaged. According to the Tajik side, more than 10 houses have been destroyed by fire in Khoja Alo border village.

The Prosecutor General’s Office of Kyrgyzstan began pre-trial proceedings under the article «Crime against peace» of the Criminal Code of the Kyrgyz Republic.