Situation at border. It is planned attack of Tajikistan: see for yourself

Another conflict broke out again on the Kyrgyz-Tajik border on April 28. The skirmish began at Golovnoy water distribution point. Local residents started throwing stones at each other. The incident escalated into a more serious armed conflict.

On April 29, Kyrgyzstan and Tajikistan agreed to cease fire and withdraw military forces to the places of their former deployment. However, shooting can still be heard in some areas.

The military forces are concentrated in two regions of Kyrgyzstan on the border with Tajikistan. The situation remains tense.

The number of victims, according to the latest data, is 163 people, 33 died, including a child. At least 27,358 Kyrgyzstanis were evacuated as a result of the conflict.

It became known today that the military of the neighboring country fired at residential buildings in Arka village, Leilek district. No casualties were reported. All residents were evacuated the day before.

It is not the only village that has been attacked by the military and civilians of the other republic. Tajikistan attacked several Kyrgyz settlements located in the border zone in disputed areas. Batken and Leilek districts of Kyrgyzstan also turned out to be under fire.

The Tajik military attacked Kyrgyzstan from at least two sides.

There is a map, which clearly shows that the attacked Kyrgyz villages are located 100 kilometers from the site of the initial incident at Golovnoy water intake. 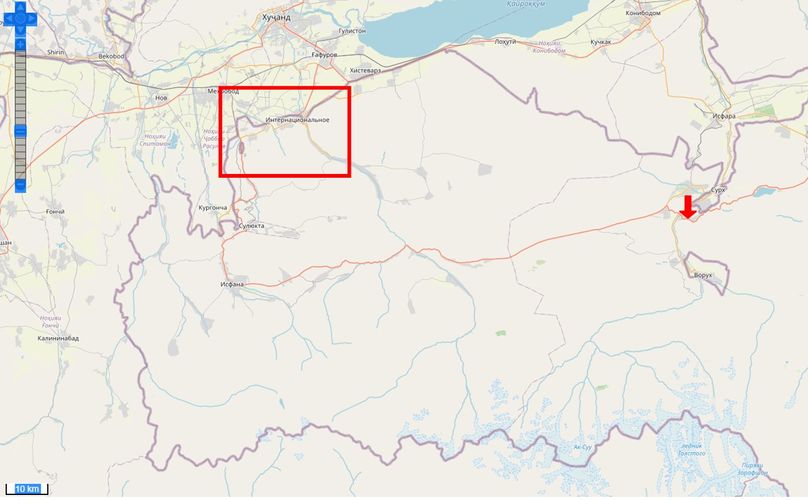 The arrow on the map points at Kok-Tash village in Batken region. It is located at the border, on the way to the Tajik Vorukh enclave. This village was attacked on the very first day of the conflict. Houses, gas filling stations and shops were burned down in Batken region. Kok-Terek, Kyzyl-Bel, Ak-Sai, Uch-Dobo villages located in this area were also affected.

The rectangle on the map marks the Leilek district, where Maksat village suffered the most. According to local residents and eyewitnesses, houses were completely burned down there. Arka, International, Zhashtyk and Borborduk villages were under fire. Several houses were also burned down in Kulundu. They are indicated on the map below. 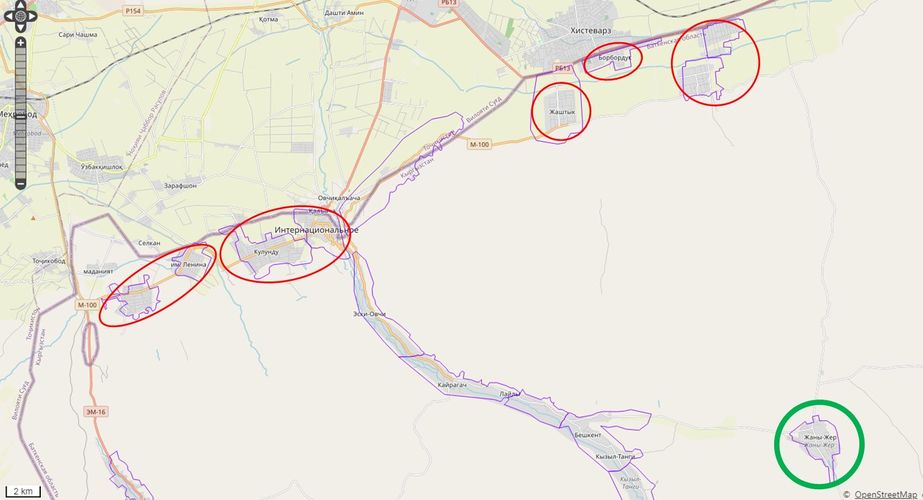 Zhany-Zher village, where the residents of Leilek district were first evacuated, is marked in green. However, later people were evacuated from there as well. Villagers were transported to Margun and Darkhum villages, as well as to Isfana, Batken and Sulukta.