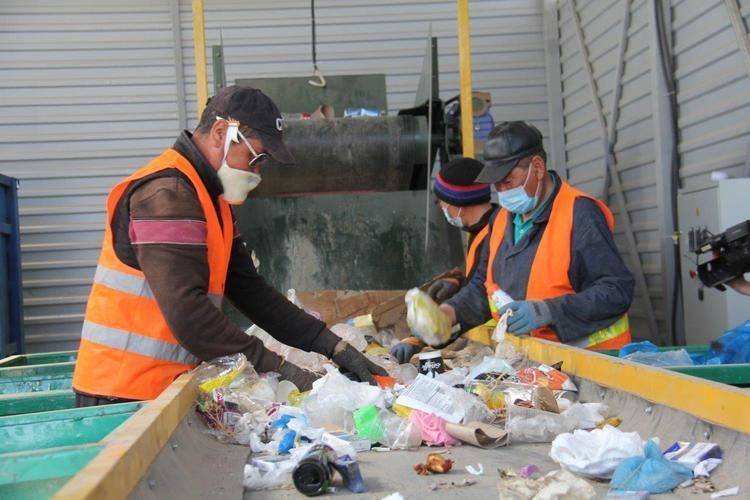 Residents of Balykchy town hope that after the launch of the plant, the town of winds will gradually get rid of the unsightly picture — plastic bags hanging on bushes and empty plastic bottles scattered around the roadside.

It took «Urban Land Improvement and Sanitation» municipal enterprise under the Town Hall of Balykchy took two years to reach the goal. A lot of time has been spent on development of the project and writing a business plan, which was put on the table of the investor engaged in gold mining at Kumtor mine.

At the end of 2019, when the project was approved and the company allocated almost 5.5 million soms for its implementation within Local Business Initiative program, the coronavirus pandemic began. As a result, the waste sorting plant started working in the town of winds only in January 2021.

«Russian-made equipment was purchased at the expense of the allocated grant. It was delivered with a delay due to the closed borders. Then it could not be installed for a long time — specialists from Russia were awaited. As a result, we had to take consultations online and install it ourselves,» director of the municipal enterprise Marat Tarzhiev told.

A line with a capacity of up to 20,000 tons per year was chosen. To date, the plant employs seven people, including the head of the landfill. They sort plastic, cardboard, metal and glass. The Bishkek company Plastik.KG won the tender for purchase of pressed «useful waste».

The local authorities do not plan to stop. They plan to build a waste recycling plant next to the waste sorting complex. They are looking for an investor again to do this.

«The project is unique. Such a production was for the first time opened on the basis of a municipal enterprise. We live in the biosphere zone, where there are about 70 landfills. Ideally, their number should be reduced to 4-5, and a waste processing and sorting facility should be installed at each of them,» Marat Tarzhiev notes. 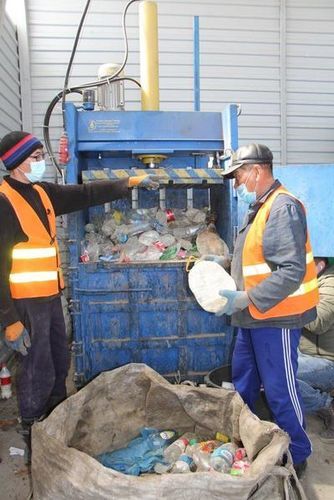 Imagine what will happen to Issyk-Kul in 50 years, if nothing is done. The region will turn into one big landfill.

Strong winds, typical for this Issyk-Kul town, carry light plastic bags throughout the area; polyethylene falls into the lake, which is only five kilometers from the landfill. Burying waste under layers of earth is also not an option. This is not only an environmental issue that takes decades to resolve.

As part of the project, city services installed bins to collect plastic bottles. Special containers for paper and plastic have appeared in Balykchy schools and kindergartens. Rational and careful attitude towards the environment should be instilled in the younger generation, Marat Tarzhiev is sure. 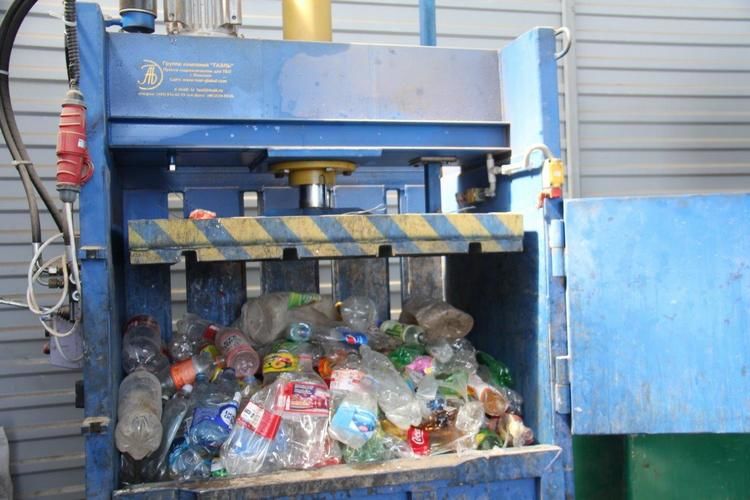 The father of five children, who combines two positions at once in production — a sorter and a watchman — Aidar Zhalgaev fully shares the opinion of his superiors.

«The people are gradually beginning to show consciousness, but we are still far from order. After I got a job here, I also began sorting garbage at home. And I teach my neighbors,» the man told not tearing himself away from the working process.

The working day of employees at the waste sorting complex lasts from 8.00 to 17.00. It is a taskwork, the salary depends on the profit. But one way or another, seven people are provided with a stable income and can feed their families.

In addition to the workshop, where the sorting and packaging machines are installed, there are two shipping containers located on the territory. In one of them the workers have lunch and rest, in the other they store finished pressed products. They manage to sort up to 2 tons of garbage per day. 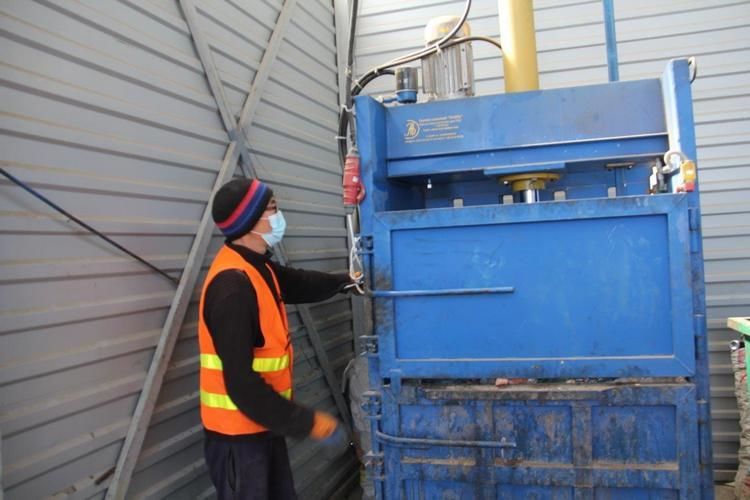 «There is little «useful waste» in winter; in the summer season, the figure will grow to 4-5 tons. Up to 40 percent of solid household waste can be recycled,» the head of the landfill Kylychbek Azimov said.

Thanks to the contribution of Kumtor, the town will become cleaner, the general ecological state of Issyk-Kul will improve, and people will live on clean land, he believes. If every resident of Balykchy and guest of the region also makes an effort to maintain order, nature will breathe more freely and will delight the eye with pure beauty.

link: https://24.kg/english/189032/
views: 756
Print
Related
Local ecologists shoot film about underwater landfills in Issyk-Kul lake
State commission on Kumtor: When MPs lose trust even in themselves
How to support investors in Kyrgyzstan? Create state commission to check them
Representatives of another state commission to visit Kumtor mine
Over 17,297 kilograms of gold produced at Kumtor in 2020
Business community concerned about pressure on economic entities in Kyrgyzstan
Kumtor employees address open letter to President of Kyrgyzstan
State commission on Kumtor to study spending of money allocated to funds
Money from Kumtor: Millions of dollars misused
Nature Development Fund: Where are billions of soms allocated for environment?
Стоимость акций Центерры на бирже в Торонто (TSX)
на 15.04.2021
USD 8,95