Ambassador of India to Kyrgyzstan Alok Amitabh Dimri realized for two years of living in the country that, although the Kyrgyz people are called proud, they are easy to communicate.

Amitabh Dimri told 24.kg news agency that he fell in love with Kyrgyzstan for hot boorsoks and Uzgen rice. The diplomat believes that Bishkek needs more libraries and bookstores.

I wish there were more places where young Kyrgyzstanis could play guitar, komuz, piano.

— What were your first impressions of Kyrgyzstan?

— I arrived in Kyrgyzstan in January 2019. Upon arrival, I admired the nature of your country. I was touched by the friendliness of the Kyrgyz people.

Kyrgyzstan has its own peculiarity: your country is small, but there is a unique civilization. Undoubtedly, the Kyrgyz Republic is different from other countries, because you have a special culture, your own way of life, which has evolved over thousands of years. Kyrgyzstan is like a candle surrounded by other countries. 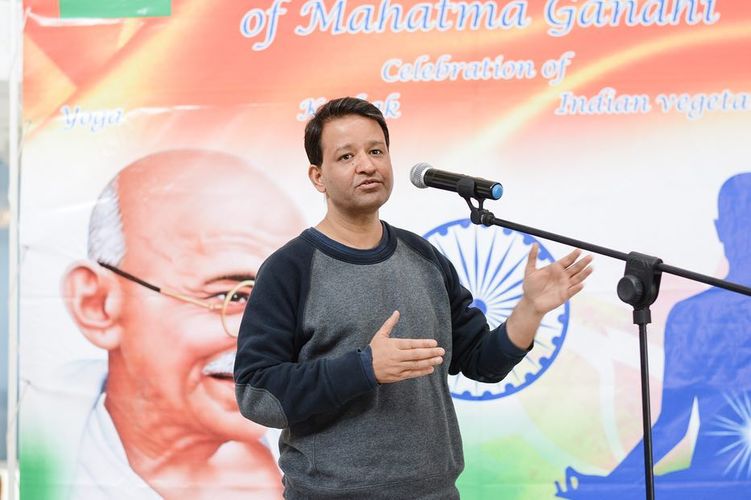 The Osh market is amazing and interesting for me, I like the streets in Bishkek. The houses that are being built are of interest to me. I love walking in the parks of this city.

— Yes, there is. My native village is Dimmar. It is located among the mountains of the Himalayas.

Every morning I observe a ritual — I look at the mountains from the window of my house.

When I see snowy hills, green peaks in summer, I remember my homeland. I am also a man of the mountains, but, unfortunately, not a nomad.

— In general, I like to go to hot springs in Issyk-Ata. I like your National Museum, small coffee shops, bookstores.

— You speak Russian a little, where did you learn it?

— I understand Russian because I lived in Mongolia. I learned it on weekends, but I understand only general words so far.

— Do you have a favorite dish in Kyrgyzstan?

— I love fresh boorsoks. As a vegetarian, I like Uzgen rice, beans, buckwheat.

I drink kompot every day. Kyrgyz cuisine is very interesting. I’m sure your meat is good too. I also like potato pirozhki.

— What has fascinated and disappointed you in the locals?

— I cannot say that I dislike anything about the Kyrgyz people. It is very difficult to find a combination of such qualities as pride, confidence and simplicity in a person, but Kyrgyzstanis have it all.

Perhaps, it is worth opening such a venue where jazz will be performed on Kyrgyz instruments.