Supporters and opponents of the appointment of Nariman Tyuleev as the acting Mayor of Bishkek hold rally in front of the Bishkek City Hall today.

Earlier, some of the opponents went inside to meet with Nariman Tyuleev. They were joined by some deputies of the Bishkek City Council. They believe that his appointment was illegal. 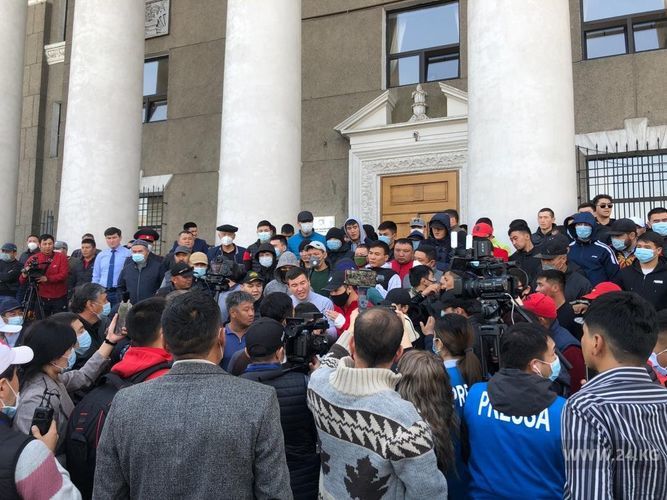 A scuffle broke out during the meeting, after which all the participants were taken outside. Nariman Tyuleev also came out to them. He promised that he would talk to Sadyr Japarov about his appointment. If the prime minister tells him to leave office, he will do it.

By this time, supporters of the acting head of the city also gathered outside the building. A scuffle began between the protesters, they insult each other.

Mayor of Bishkek Aziz Surakmatov resigned yesterday. Prior to that, he appointed ex-mayor Nariman Tyuleev to the post of the First Vice Mayor of the capital. By law, he will serve as mayor until election of a new one.

The mayor of Bishkek is elected by the City Council. Faction and majority coalition as well as the Prime Minister can nominate candidates.