UN concerned about attacks on objects of foreign investors in Kyrgyzstan 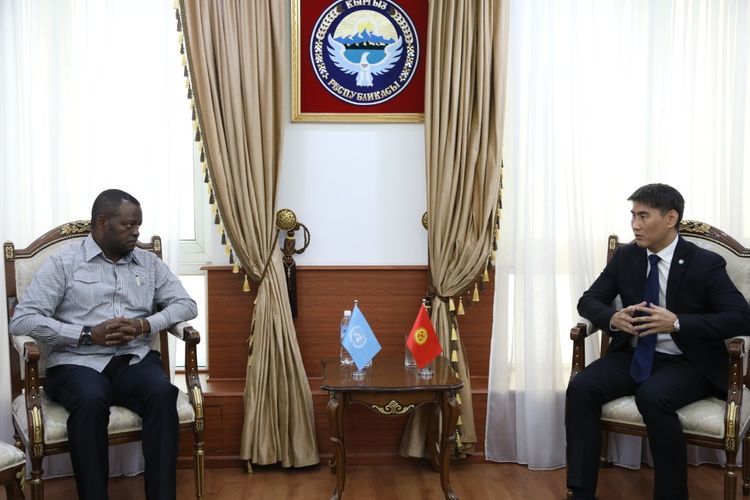 Foreign Minister of Kyrgyzstan Chingiz Aidarbekov received the UN Resident Coordinator in the Kyrgyz RepublicOzonnia Ojielo, on whose initiative the meeting was held. The Information Department of the Foreign Ministry reported.

The UN is reportedly concerned about the current situation in the Kyrgyz Republic. The Resident Coordinator stated that the organization remains in full solidarity with the Kyrgyz Republic. He expressed concern about the processes taking place in the country, special attention was paid to attacks on objects of foreign investors.

Ozonnia Ojielo stressed that it was important for Kyrgyzstan to return to the legal framework as soon as possible through a broad political dialogue between national political forces in compliance with the requirements of the Constitution.

He stated that, if necessary, the UN is ready to provide its platform for such a dialogue between the president, the Parliament and political forces.

The minister expressed the hope that soonest possible way out of the situation would allow the government to focus on a number of problems, including the fight against the COVID-19 pandemic, holding new elections to the Parliament and ensuring the socio-economic development of the republic. In this regard, he expressed hope for the support of the UN.

Earlier, the UN Secretary-General said that he was closely monitoring the situation in Kyrgyzstan.