«Elimination of shortage of medicines in the country is under special control. We are also considering the option of using the potential of domestic pharmaceutical production. The Government was recommended to support pharmaceutical companies, in addition to measures on importing drugs from other countries,» the President of Kyrgyzstan Sooronbai Jeenbekov said during a visit to a night hospital in Bishkek. 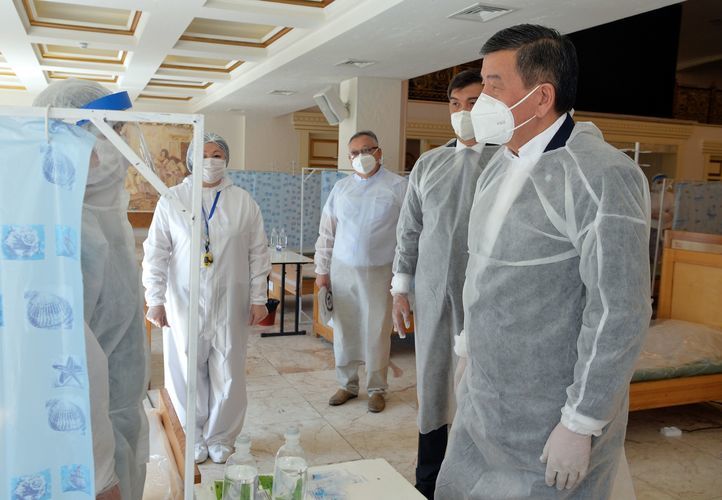 The President, during a conversation with the medical staff, expressed deep gratitude to the medical workers who help patients around the clock.

The head of state noted the position of compatriot doctors, who voluntarily arrive from abroad to assist Kyrgyzstan in the fight against the virus.

Sooronbai Jeenbekov stressed that the government increased the salaries of doctors working in the centers of the disease and will provide them with special care. He emphasized that the state will always take care of the doctors and will continue to support them. 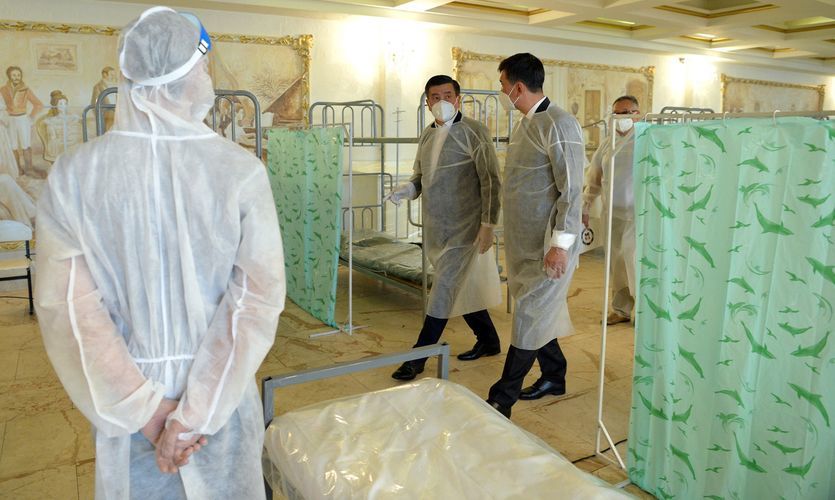 He added that health workers will be provided in a timely manner with all due payments and medical products.

The issue of rehabilitation at health resorts on Issyk-Kul lake of those physicians who fell ill during the performance of their professional duty is being considered.

As the president stressed, feasible help in the fight against the disease is provided by volunteers who took medical workers under special care. Thanks to the active civic position of entrepreneurs, day patent centers are being opened.