Street art piece in support of doctors will appear on one of the buildings of the National Hospital in Bishkek. An artist Sergei Keller posted on Facebook. 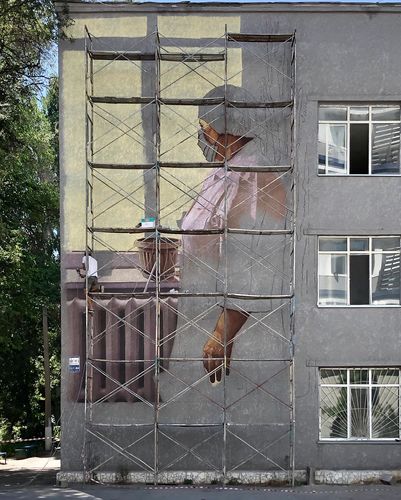 «We continue to work on a new mural dedicated to the true heroes of our time. The painting will be on one of the buildings of the National Hospital in Bishkek,» he wrote.

The authors of the project are artists of DOXA art group — Sergei Keller and Dmitry Petrovsky.

Earlier, the artists made a remake of the painting «Daughter of Soviet Kirghizia» by Semyon Chuikov on the facade of the capital’s gymnasium schools No. 12 and 24. They also painted a portrait of Burulai Turdalieva, who was killed after an attempt to force her into marriage, on the wall of the dormitory of the Bishkek Medical College.