Sooronbai Jeenbekov: Bishkek is turning into center of coronavirus infection

They discussed epidemiological situation in the country, measures to combat the spread of coronavirus infection and its negative effects.

Kubatbek Boronov noted that a sharp increase in the number of confirmed cases of coronavirus infection is observed in recent days. The most severe situation is in Bishkek, Osh and Chui region. This, according to him, is due to the resumption of economic activity in the republic — more than 90 percent of economic sectors have fully resumed their work. 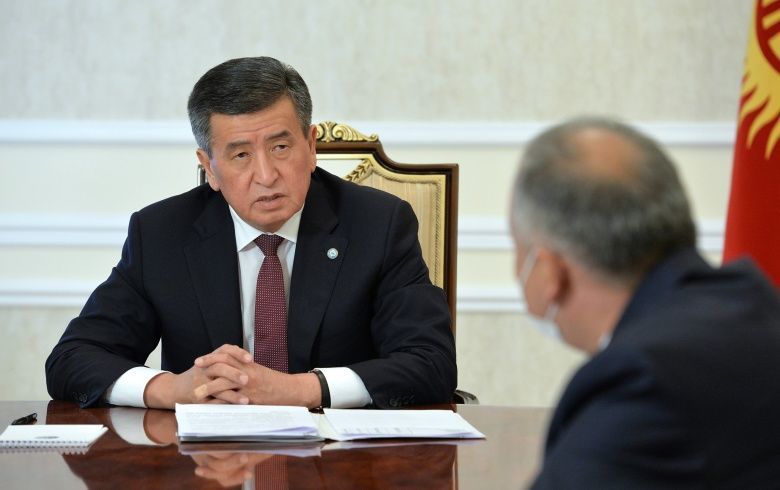 The First Deputy Prime Minister stressed that citizens continue to inadequately observe sanitary and hygienic standards and the mask requirement.

In connection with increase in the number of asymptomatic carriers of the virus, a new algorithm is being considered for their detection and treatment.

The President said that in recent days the pandemic has not declined, and in some regions, on the contrary, is gaining momentum. «People get infected in markets, in public transport and other places. We see that Bishkek is gradually turning into a center of infection,» he said and added that after the lifting of the state of emergency, control over compliance with sanitary standards has weakened.

There are crowds of people in public places. There are those who hold family events in restaurants with a large number of people. This is the most irresponsible attitude to the round-the-clock work of our doctors.

He also once again stressed the need to ensure timely payment of salaries and other appropriate extra payments to doctors and employees of the internal affairs bodies involved in the fight against coronavirus.