Minister of Culture of Kyrgyzstan supports flash mob against coronavirus

Young activists announced on social media a flash mob of solidarity in the fight against coronavirus. The Ministry of Culture, Information and Tourism of Kyrgyzstan, headed by Azamat Zhamankulov, supported the idea, despite the fact that experts and virologists in all countries advise to temporarily limit contacts and, if possible, not to visit public places. 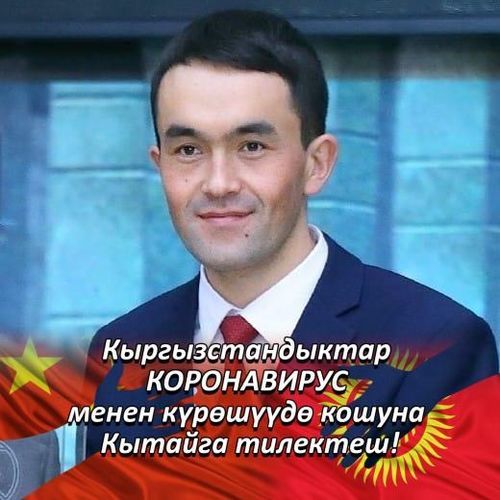 The Ministry of Culture sent out a press release quoting one of the initiators of the flash mob. «Coronavirus is a problem not only of neighboring China, but of all mankind. After all, any point on our planet could become a place of outbreak of this epidemic. There is no guarantee that the epicenter of the disaster will not move in the direction of other states. Therefore, we decided to express our support for neighboring China in the fight against this problem. Only by joint efforts and supporting each other, we can effectively fight against this global problem,» one of the initiators of the flash mob Bakai Akylbek uulu said.

The activist also said that a flash mob with a similar idea was held today at some universities of the country.

Doctors strongly advise to avoid crowded places within the fight against the spread of coronavirus. The number of deaths in China has reached 362 people.

Only on Sunday, 2,829 new cases of the disease were registered in China. On February 1, the Kyrgyzstan’s Government decided to temporarily close the border with China.