Acceptance of applications for the IV Film Forum of Female Directors of Kyrgyzstan has begun. The Fund for Development of Cinema in the Kyrgyz Republic reported.

Film directors, script writers, cameramen are invited to participate in the forum.

Applications are accepted until February 15. Application form can be filled out here. 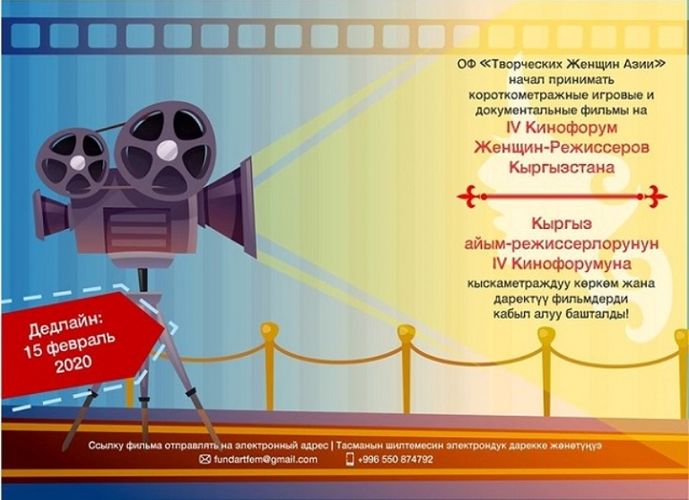