Scammer pretending to be a policeman arrested in Bishkek

Scammer pretending to be an employee of the Ministry of Internal Affairs of Kyrgyzstan was detained in Bishkek. Press service of the ministry reported. 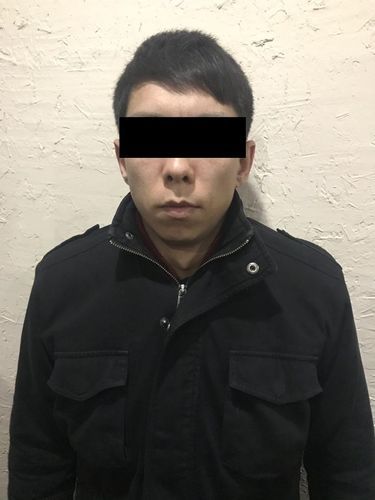 On January 20, a citizen turned to law enforcement agencies, who said that an unknown man introduced himself as a police officer and threatened to prosecute him, if a woman did not have sex with him. At the same time, he extorted from him 60,000 soms.

The day before, the police caught the suspect red-handed when getting 35,000 soms at one of the foodservice outlets in Bishkek. A service certificate of the Public Control Public Organization and a portable radio station was confiscated from him.

The detainee was placed in a temporary detention center. Investigative measures and check of the detainee’s involvement in other similar crimes are ongoing.

link: https://24.kg/english/141239/
views: 374
Print
Related
Woman suspected of fraud detained in Bishkek
Over 70 people suffer from company promising to employ them in Poland
Suspect of fraud arrested in Bishkek
Husband of Shirin Aitmatova remanded in custody until February 20
Wanted for fraud citizen of Kazakhstan detained in Bishkek
Fraudster, who appropriated millions of soms in Kyrgyzstan, found in Yakutia
Kyrgyzstani wanted for several years detained in Moscow
Russian citizen gets oil for $ 328,000 and hides
Fraudster takes 100,000 soms from man for employment at Kumtor company
Gullible citizens, including officials, give fraudster about $ 500,000
Стоимость акций Центерры на бирже в Торонто (TSX)
на 19.02.2020
USD 7,72

U.S. decides to assist Kazakhstan and Uzbekistan in fight against coronavirus
News brief
19 February, Wednesday
18:07
Japan ready to employ Kyrgyzstanis in tourism sector Japan ready to employ Kyrgyzstanis in tourism sector
17:50
4.47 million soms allocated for ramps at schools and kindergartens of Bishkek
17:33
Kyrgyzstanis detained in Uzbekistan for illegal border crossing
17:12
Prime Minister: Distrust in investors - consequences of mistakes in the past
16:05
Speaker of Parliament of Kyrgyzstan arrives in Abu Dhabi
15:54
Russia imposes complete entry ban for Chinese citizens due to coronavirus
15:43
Number of cargo transportation violations on rise in Kyrgyzstan
15:34
About 90 criminal cases opened on riots in southern Kazakhstan
15:06
Counterfeit $ 30,000 confiscated from members of religious organization
14:21
Local elections to cost Kyrgyzstan 64.2 million soms