As a result of collision, Kamaz truck cabin burned out. Driver and passenger died at the scene, two more people were injured.

«Rescuers handed over their bodies to police officers. Five rescuers were involved in elimination of the traffic accident,» the Ministry of Emergencies said. 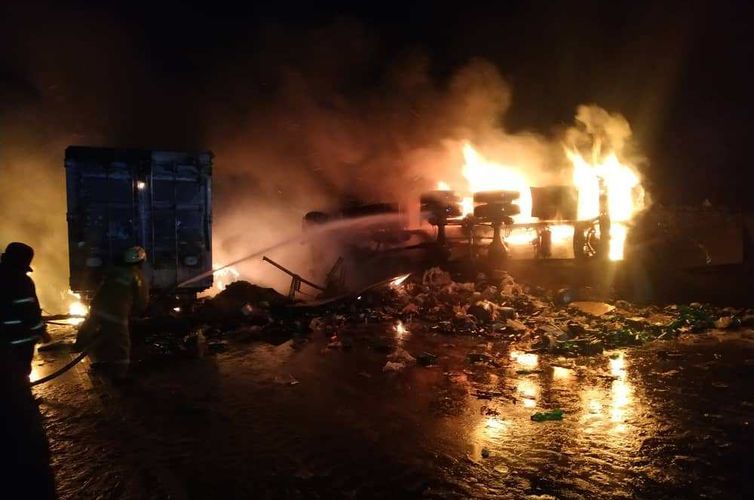