More than 1,500 Kyrgyzstanis undergo hemodialysis procedure, about half of them need a kidney transplant operation. The National Center of Maternity and Childhood Welfare has performed 12 organ transplant operations in 2019, and almost 30 over the years of its work. All of them were successful. Director of the National Center, Professor Kamchibek Uzakbae, told 24.kg news agency about the problems of service development and plans for the future. 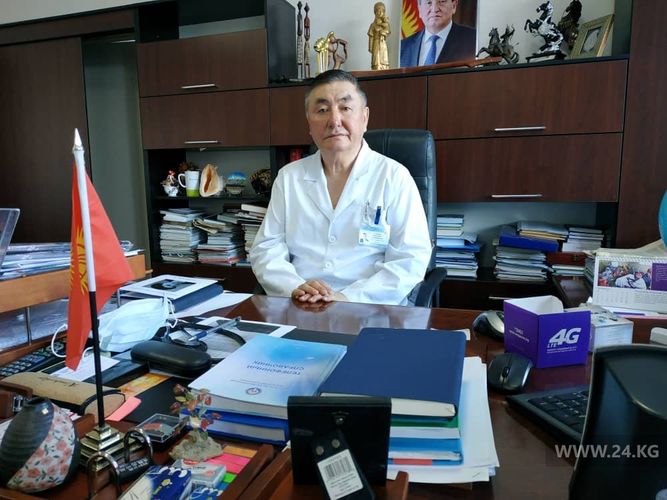 — It all started when the Parliament and the Government of Kyrgyzstan allocated us $ 300,000 a few years ago for the necessary equipment for kidney transplant operations. Since then, the operations were put on a stream. We can currently operate on a weekly basis; several patients are in line.

The most important thing after the equipment is training of specialists. This is a question of not one year. One doctor was sent to Germany for six months, the other — to Turkey for a year. I have traveled to neighboring countries myself, visited clinics in Turkey, India, China, Russia, Belarus — where such operations are performed. Professors from Minsk were invited to give master classes. At first, a huge team of surgeons, anesthesiologists, resuscitators, assistants, a laboratory assistant, a nephrologist, and a surgical nurse came to us.

We have performed 16 joint kidney transplant operations at our center. And then they said that we could work ourselves, handed a certificate, which we later confirmed in Turkey. As of today, we have a well-trained team (about 20 specialists).

— What are the problems?

— The biggest issue that has not yet been resolved is typing on tissue compatibility of a donor and a recipient. One such laboratory would be enough for the republic; $ 400,000 — 450,000 is needed for this. We are forced to send patients to Kazakhstan, but they stopped examining foreign citizens there. We concluded an agreement with Tajikistan, typing will cost us about $ 1,000 there. It was closer and a little cheaper in Almaty, of course.

The second problem is development of organ donation movement.

The law on transplantology was adopted in Kyrgyzstan in 2001. It is obsolete and needs to be improved.

For example, donation is allowed only to the first generation of relatives (mom, dad, brother, sister). In Tajikistan, Turkey, it is allowed to up to five generations. If we had been allowed at least three or four generations, the donation movement would have expanded.

— What do patients do when they cannot get a donor?

— Unfortunately, we shrug our shoulders in such case. But those who have an opportunity go abroad.

— Are there any restrictions in the life of a person who has become a donor?

— If condition of the body is good, then people live very long and fully with one kidney. We carefully examine the donor and recipient before the operation. If there are prerequisites for a disease or risks, why should we make the second person sick? 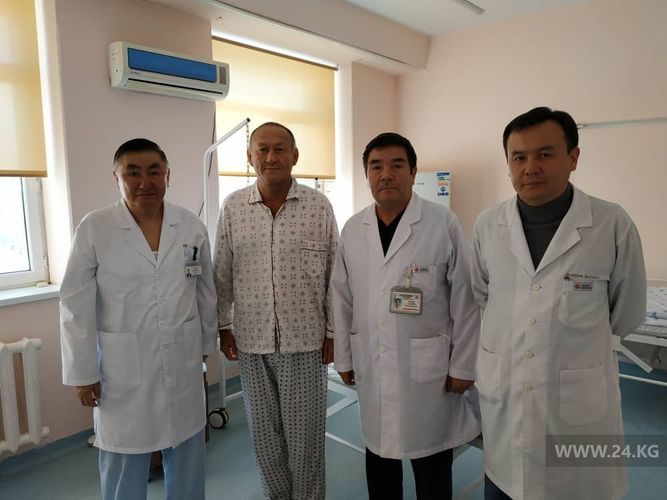 — A lot of traffic accidents occur in our country, in which people die. Why don’t we develop cadaveric donation?

— We discussed this issue with religious leaders. Hetero-donation is allowed everywhere — in Tajikistan, Uzbekistan, Iran, Turkey, Belarus. It is also necessary to consider this mechanism in the law. Doctors only support it. If a person dies, but his or her kidneys are normal, their relatives are ready to donate the organ for charity, then why not.

But it is necessary to create a bank of organs, an electronic database for this so that we can immediately select a compatible recipient, to know a more detailed medical history of the patient undergoing hemodialysis. This is a very time consuming procedure. However, this must be done in the future.

— The Parliament has been considering a bill allowing organ transplantation to private centers for several years. How do you feel about this idea?

— I think, it is necessary to refrain from this so far, we are not ready, in order not to have the same problems like in Kazakhstan. Incidentally, there were many centers for organ transplants; the reform is underway; three or four state medical institutions will continue working.

The social situation in our country may stimulate sale of organs.

Although, I am always for alternative development of the service: competition gives an impetus. In the future, everything is possible, if we establish a clear control. But for now, we need to develop transplantology at state clinics.

— How much does kidney transplantation at the National Center of Maternity and Childhood Welfare cost?

— $ 7,000, including all examinations, hospital stay, medicines for two months. About 95 percent of the money is spent on the medicines for the patient. The cost is much lower than abroad.

— What are your plans for the near future?

— In the summer of 2020, we are promised a turnkey new three-story building. Construction is being funded by As-Safa charity company from Kuwait. One floor will be used for the Department of Transplantology. We are currently negotiating over assistance in equipping the tissue typing laboratory. The necessary list of equipment was sent to them. 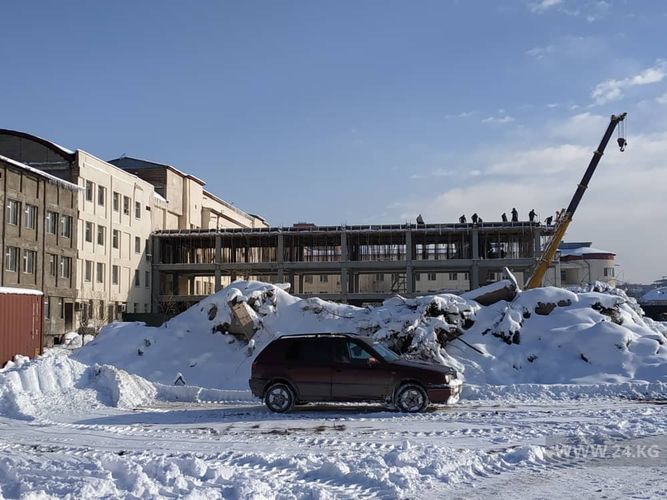 We are getting ready to start liver transplant operations, but additional equipment is needed. There are a lot of people who need them, even among children. We already have an agreement with foreign experts, who will hold master classes at first for us. At the same time, we are training specialists, developing a clinical protocol, which should be approved by the Ministry of Health. This is also a labour intensive process.

A liver transplant operation is technically more complicated, and the postoperative period requires special, thorough preparation. Human life depends on it. We have no right to even 0,001 percent risk.

Form of education in Kyrgyzstan to depend on epidemiological situation
News brief
15 August, Saturday
10:34
Foreigner makes electric komuz and plays Kyrgyz melody Foreigner makes electric komuz and plays Kyrgyz melody...
10:24
Soros Foundation-Kyrgyzstan donates batch of clexane to prisoners
10:01
Iran renders humanitarian aid to Kyrgyzstan
09:54
About 156,430 children to go to school for the first time in 2020 in Kyrgyzstan
09:45
National Bank of Kyrgyzstan allocates over 6 billion soms to support economy
14 August, Friday
18:20
Russia suppresses channel for transfer of large sums of money to Kyrgyzstan
17:44
Anthrax in Kara-Suu: All hospitalized patients discharged
16:42
Prime Minister of Kyrgyzstan tells about measures to save economy
16:28
First graders to learn in traditional mode in Kyryzstan, the rest – online
16:20
7.4 mln soms allocated for purchase of PPE for Infectious Diseases Hospital