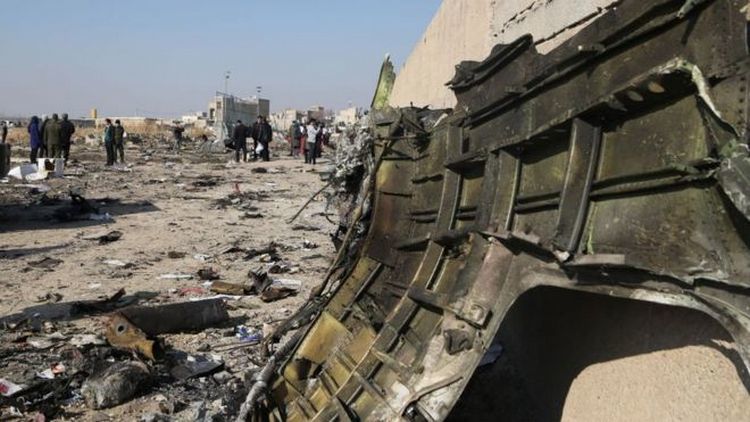 Boeing passenger plane of the Ukraine International Airlines that crashed near Tehran was «unintentionally» shot down as a result of a «human error.» The General Staff of the Armed Forces of Iran said in a statement, BBC reports.

As it is noted in the statement, which was broadcast by Iranian state media, human factor became a cause of the tragedy. All the perpetrators were promised to be brought to account.

Earlier, a video of a possible hit of the passenger plane by a rocket was posted on the Internet.

Form of education in Kyrgyzstan to depend on epidemiological situation
News brief
15 August, Saturday
10:34
Foreigner makes electric komuz and plays Kyrgyz melody Foreigner makes electric komuz and plays Kyrgyz melody...
10:24
Soros Foundation-Kyrgyzstan donates batch of clexane to prisoners
10:01
Iran renders humanitarian aid to Kyrgyzstan
09:54
About 156,430 children to go to school for the first time in 2020 in Kyrgyzstan
09:45
National Bank of Kyrgyzstan allocates over 6 billion soms to support economy
14 August, Friday
18:20
Russia suppresses channel for transfer of large sums of money to Kyrgyzstan
17:44
Anthrax in Kara-Suu: All hospitalized patients discharged
16:42
Prime Minister of Kyrgyzstan tells about measures to save economy
16:28
First graders to learn in traditional mode in Kyryzstan, the rest – online
16:20
7.4 mln soms allocated for purchase of PPE for Infectious Diseases Hospital