A video of the crash of a Ukrainian Boeing 737 passenger plane in Iran appeared on the Internet. It was posted by Mash Telegram channel, Tengrinews.kz reports.

General Director for Public Relations of Tehran Airport confirmed the plane crash. He said that the plane was heading from Imam Khomeini Airport to Kiev.

According to RIA Novosti, the plane stopped giving signals two minutes after takeoff. Presumably, the cause of the accident was a technical malfunction. There were 180 passengers on board the crashed plane. 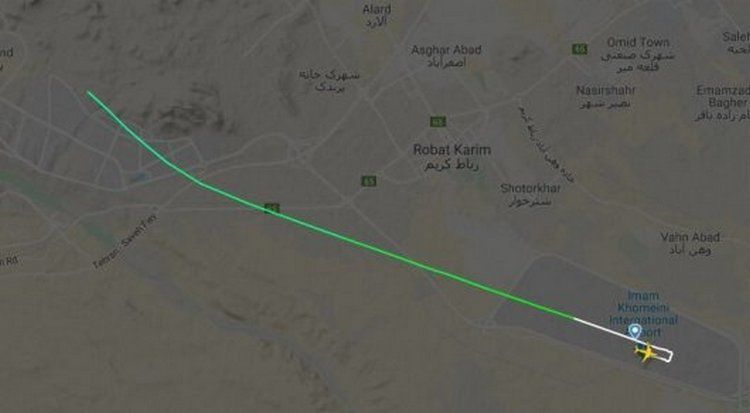