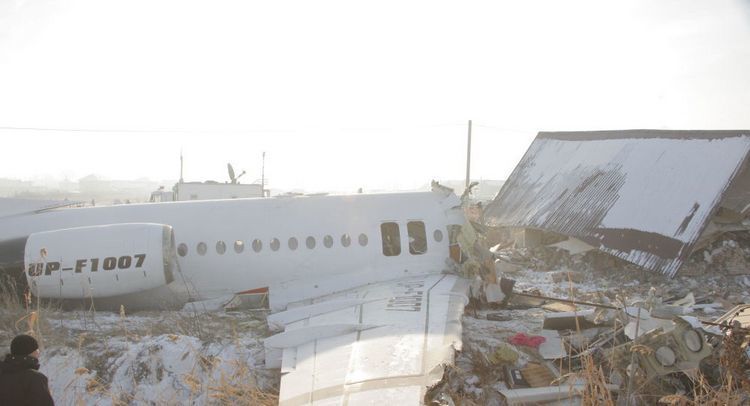 «Investigation team of the Ministry of Internal Affairs is conducting an investigation into the plane crash in Almaty. Three versions are currently under consideration. The first is a crew error. The second is the possibility of a technical malfunction of the plane itself. The third is the work of navigation services,» the head of the ministry said.

«Inspection of the scene and dismantling of the plane are being carried out. It will be relocated to the airport, where it will be examined in detail,» he added.

Earlier it was reported that investigators considered several versions of the crash of the aircraft, including technical malfunction, weather and meteorological conditions, as well as possible errors made during the piloting.

Bek Air passenger plane crashed immediately after takeoff at Almaty airport on December 27. According to official figures, 12 people were killed. Other 46 people are in hospitals. A total of 93 passengers and 5 crew members were on board.