Mendkovich: If incident occurred not at Kumtor, we wouldn’t have known about it 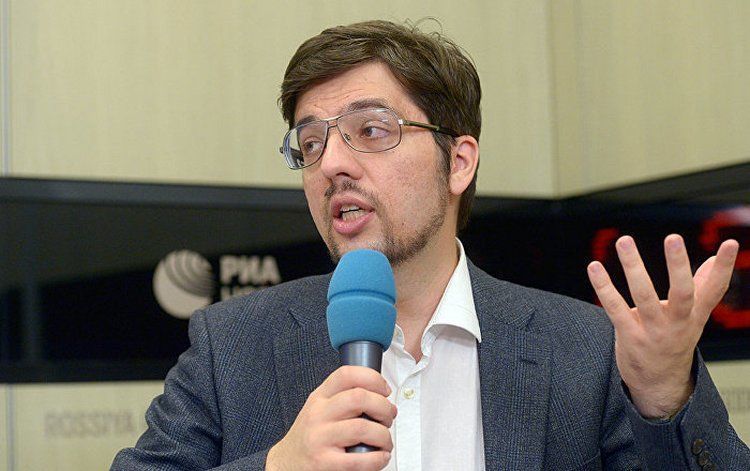 «Politicians or public figures, before blaming anyone for anything, have to let specialists understand the situation,» a Russian economist, head of the Eurasian Analytical Club, Nikita Mendkovich, said to StanRadar, commenting on the situation around Kumtor, the largest gold mine in Kyrgyzstan.

The expert is sure that only the «competent bodies should deal with any situation at a production site, related to damage to employees.»

«Monitoring of compliance with labor laws, check of compliance with safety regulations by both employees and the administration, and so on are within their competence. Considering that the standards and rules in the mining industry have been set back in the Soviet times, there should be no problems with the regulatory framework,» the expert said.

Politicians or public figures, before blaming anyone for anything, have to let specialists understand the situation.

«In their turn, specialists should study all the circumstances and documentation and make their decision,» the expert noted.

Nikita Mendkovich believes: «If, God forbid, such an incident happened not at Kumtor, but at any other mine in Kyrgyzstan, there would not have been such noise.»

Related news
Ivan Ippolitov: Politicization of incident at Kumtor may end badly
He explained this circumstance by three reasons.

«The first is increased attention to the mine related to the replenishment of the state budget. The second — Kumtor remains too convenient company, which some people in power perceive out of habit as a source of finance. The third is exacerbation of the situation in order to earn political points as a defender of the «common people and the interests of the state,» the Russian specialist explained.

If the first two circumstances, in the expert’s opinion, are «rather a common sight, then the third point raises serious ethical issues.»

«Although, such basic human insights are usually neglected in the politics of any country,» the expert said.

Related news
Kumtor incident. Rescuers find car of missing employees
Two Kumtor employees went missing on December 1, 2019 during movement of rock dump at one of the mine’s sites. Search work is carried out by the Ministry of Emergencies of Kyrgyzstan and the rescue team of the company.

Ten days after the tragedy, members of the Parliament of Kyrgyzstan proposed to create a commission to investigate the incident at Kumtor mine.