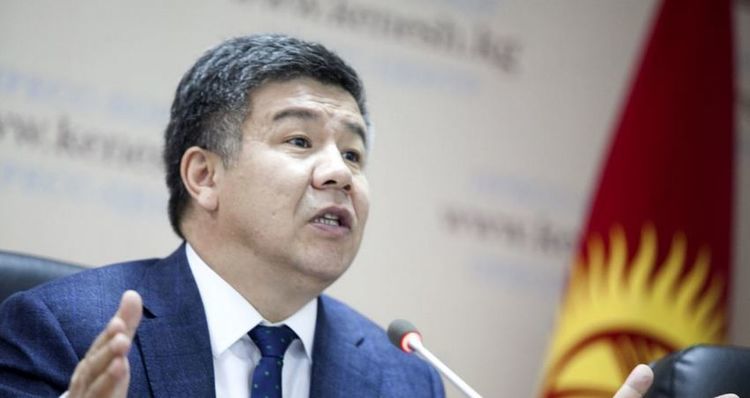 He himself also confirmed this information and explained the reasons for his withdrawal from the Parliament, adding that he also ceased his membership in Ata Meken party. He stressed: the decision was not easy for him.

«Ata Meken consists of strong, persistent people, devoted to the party and its ideals. I know every fan, they are the most honest and courageous, self-forgetful people. I had been in the ranks of the socialists for 15 years, I grew up practically under the banner of Ata Meken as a politician. I have great respect for my party comrades and its leader Omurbek Tekebayev. Without a doubt, he is a historical person, an experienced lawmaker, a charismatic politician, and a master in composing political combinations. Tekebayev is a seasoned player in political confrontations. I have learned a lot from him. I am very grateful to him for it. But my mistake is that I created an idol for me,» said Almambet Shykmamatov.

Due to disagreements with Omurbek Tekebayev, which I could not imagine even in my worst dream, I had to leave Ata Meken and give up my deputy seat.

He did not disclose details of quarrel with his friend and ally.

Almambet Shykmamatov also added that he left the party only, but intended to stay in big politics.

«I will unite with constructive political forces that adhere to the center-left values, like me, and respect inner-party democracy. I’m not going to enter into alliances with opponents of Ata Meken. It is against my principles,» the former socialist said.

The vacant seat, according to the CEC, will be handed over to the next candidate in the list — Nurbek Sydygaliev.

Obviously, the quarrel was caused by different opinions on the political situation in the country. Ata Meken will participate in the parliamentary elections 2020 and does not exclude an option of merging with other participants.

Construction of houses for families of killed in conflict starts in Batken
News brief
11 May, Tuesday
18:05
Kyrgyzstan develops concept of digital economy until 2023 Kyrgyzstan develops concept of digital economy until 20...
17:56
Foreign Ministers of Tajikistan and Kyrgyzstan hold talks in China
17:49
Preparations for opening of Maarif Foundation school in Bishkek discussed
17:19
Unique brain surgery performed in Bishkek
17:04
Eldar Tadzhibaev: Investors in mining industry have one foot out of door
16:16
Mudflows flood villages in Kara-Kuldzha district
16:06
350 buses running on gas to be delivered to Bishkek
14:43
Results of elections in Bishkek to be summed up by May 17
14:25
Elchibek Zhantaev appointed Director of State Agency for Regional Development
14:21
New Plenipotentiary Representative of Cabinet in Issyk-Kul region appointed