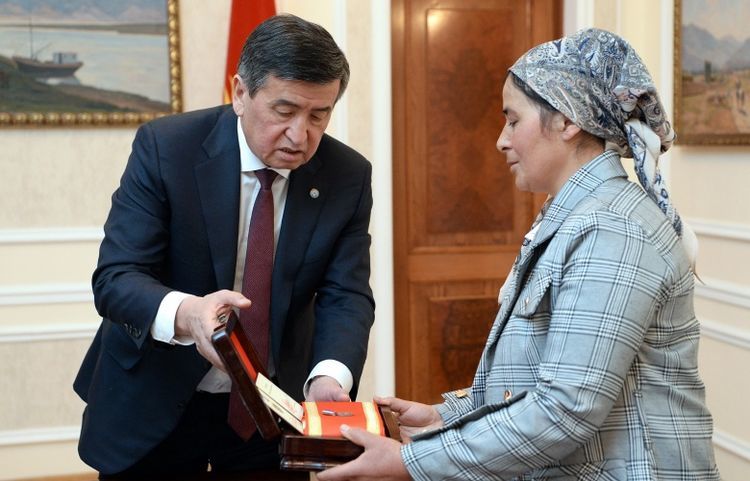 President of Kyrgyzstan Sooronbai Jeenbekov received wife of Ravshan Muminov, a soldier of the State Border Service of the Kyrgyz Republic, who died during a conflict on the Kyrgyz-Tajik border in September 2019. Press service of the head of state reported.

Sooronbai Jeenbekov expressed condolences to Mukhaya Muminova, noting that the deceased Ravshan Muminov committed a heroic act, giving his life while defending the borders of his homeland.

The President said that Ravshan Muminov was posthumously awarded Erdik medal for the courage and bravery shown in fulfillment of his military duty. He stressed that his courage was an example of selfless service to the Fatherland and true patriotism.

The state award was handed over to the wife of the serviceman Mukhaya Muminova.

Sooronbai Jeenbekov noted that state bodies and local authorities would provide the necessary support to the family of the deceased soldier. The Government allocated 2 million soms to the family of Ravshan Muminov for purchase of housing.