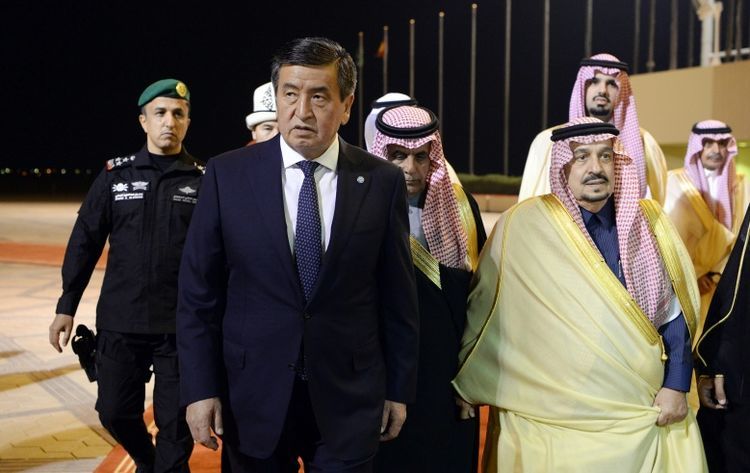 President of Kyrgyzstan Sooronbai Jeenbekov arrived in Saudi Arabia with an official visit. The Information Policy Department of the Presidential Administration reported.

«Meetings with the Deputy Chairman of the Board of Directors, Executive Director of the Saudi Fund for Development Khalid S. Alkhudairy and the President of the Islamic Development Bank Bandar M.H. Hajjar are planned. In addition, during the visit, the president will take part in the official opening of a new complex of buildings of the Embassy of Kyrgyzstan in Saudi Arabia and will meet with compatriots,» the statement says.