A rally #REaction 2.0 in support of freedom of speech will be held in Bishkek. Information about this is posted on social media.

Kyrgyzstanis are invited to Ala-Too square on December 18 at 11.30. 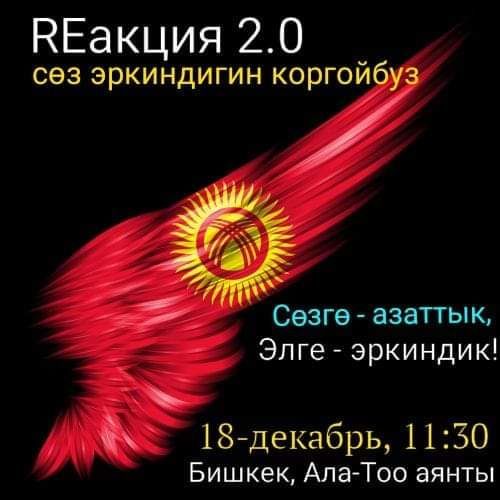 The reason for the peaceful rally is the information that the Matraimovs filed a lawsuit against three media outlets, including 24.kg news agency, and a journalist Ali Toktakunov. The total amount of the claim is 60 million soms.

Recall, the reason for the first rally was the authorities’ inaction against corruption — lack of reaction in the highest echelons of power to the journalistic investigation by Kloop, Azattyk and OCCRP about corruption schemes at the Customs.