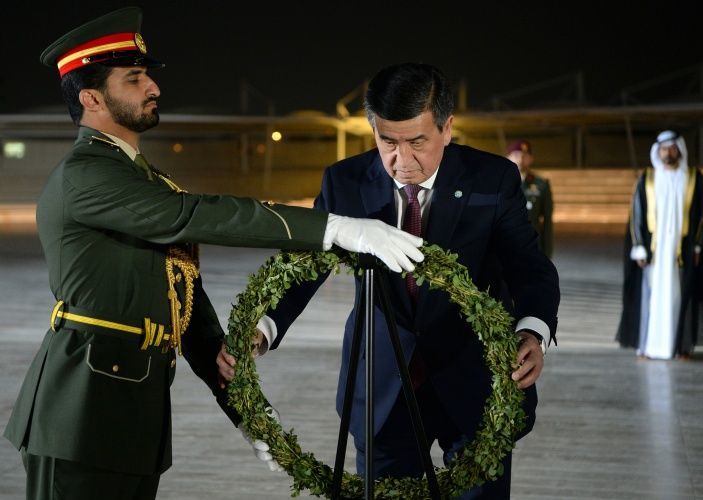 President of Kyrgyzstan Sooronbai Jeenbekov, as part of his official visit to the United Arab Emirates, laid a wreath at the Memorial to the Fallen Soldiers in Abu Dhabi city.

According to the press service of the President of Kyrgyzstan, the ceremony was held with participation of a guard of honor accompanied by a military band. The head of state paid tribute to the soldiers and civil servants of the Emirates who fell in the line of duty to their homeland, examined the hall of military glory and left a note in the book of honored guests.

The Wahat Al Karama Memorial Complex (Oasis of Honor) is an architectural composition of 31 panels resting on one another with names of the fallen soldiers on them. It embodies the values ​​of unity and solidarity of the nation.