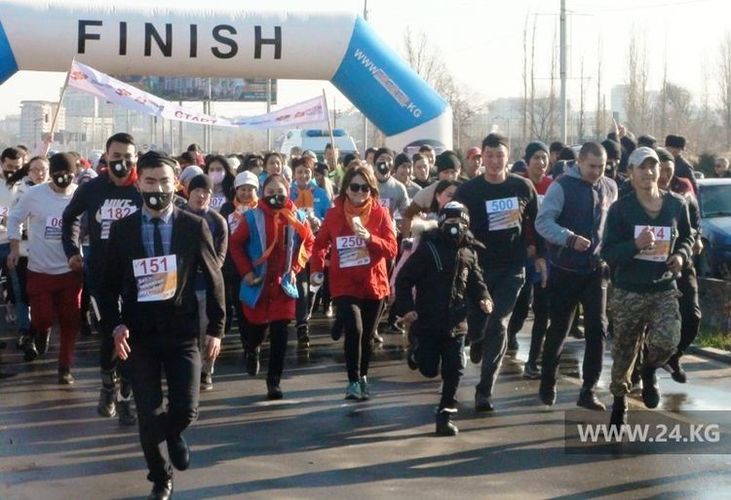 The UN global campaign against gender-based violence is taking place from November 25 to December 10. As ф part of the campaign, a race under the motto «We are Generation of Equality» was held in Bishkek on December 7.

About 300 people of all ages, including persons with disabilities, took part in the race. The warm-up was held by a titled marathon runner Ilya Tyapkin.

«The race carries a very serious message! It is necessary to radically change the situation with violence against women,» he said.

The sun was shining brightly and it was warm outside.

Director of the Child Rights Defenders’ League Public Foundation Nazgul Turdubekova participated in the race and was its co-organizer. She noted that such campaigns were held annually. Special attention was paid to the eradication of rape.

«Its number has increased throughout the world, in the Kyrgyz Republic — by 50 percent compared to last year. Victims are at risk of getting HIV infection, irreparable damage to their mental and physical health, and losing their meaning of life. Huge efforts are needed for rehabilitation. Every time we carry out the campaign in a new format. The race was chosen for a reason. Many men usually participate in races. I think everyone who participated in the race will refrain from violence and will set an example for other people,» she commented to 24.kg news agency.

She added that about 50 public organizations, as well as deputies and government agencies participated in the campaign. In addition, each organization campaigns for gender equality at its own level.

«Our foundation plans, together with the Youth Liaison Service of the Ministry of Internal Affairs, to conduct flash mobs at all schools of the country and distribute instructions on what to do if a child is a victim of violence,» said Nazgul Turdubekova.

Prizes were awarded at three distances. Aidai Esenkanova won the 1.5 km race among women, and Mars Akayev — among the men. Irina Pshenichnikova and Alexander Salakhutdinov were the best at a distance of three kilometers, at a distance of 4.5 kilometers — Zhanara Koichumanova and Erkinbek uulu Argen. 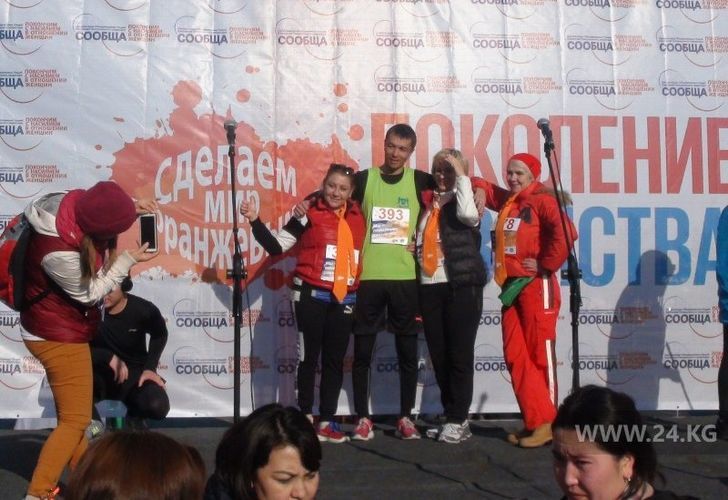 The Deputy Prime Minister of the Kyrgyz Republic Altynai Omurbekova also participated in the race.

«I urge everyone, especially young people, to support the campaign and to say at different venues that violence in any form is a serious crime. Show that we, the Kyrgyz, are against it. We will fight together! Success can only be in a family where there is love, harmony and equal relations. Successful families — a successful country,» she said.