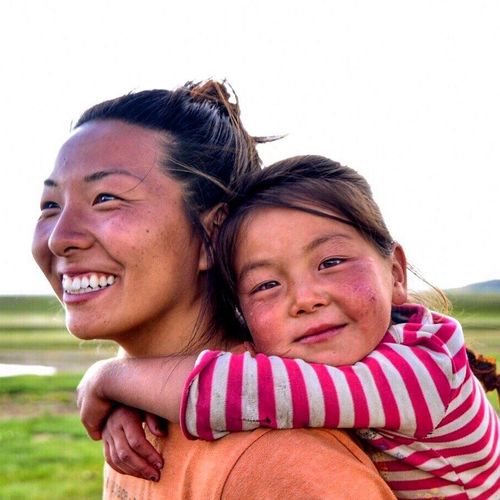 An American of Japanese origin Risa Matsumaro arrived in Kyrgyzstan in the summer of 2018 through a Peace Corps program. For three months she has managed to learn the Kyrgyz language and now she speaks it better than many local residents. The girl plans to stay in the country for another year and teach English to children.

Risa Matsumaro told 24.kg news agency what attracted her to Kyrgyzstan and why she had no cultural shock.

— What were your impressions when you first arrived in Bishkek?

— I came from the state of Georgia. My grandparents are Japanese, but I was born in America. There are mountains, but they are not as high and majestic as yours. I was a little excited, because the culture, customs, national dishes of America, Japan and Kyrgyzstan are different. I realized that I have a lot to learn.

— What reminds you of your hometown in Bishkek?

— It is very hot and very humid in Georgia. When I arrived in Bishkek, I was a little shocked: you have a lot of cars and public transport. I liked that there was everything necessary for life — pharmacies, shops, supermarkets, taxis, bars and parks.

The American Risa Matsumaro learned the Kyrgyz language 6-8 hours a day. Now she teaches English at one of the schools in Naryn region.

I began to learn the language two months before arrival. It was important for me to learn Kyrgyz, because the family where I live speaks it only. Knowledge of the language helps in moments when you need to travel somewhere — it’s easier to communicate.

When I speak Kyrgyz, I feel safe. Many people are surprised at this, because I’m a Japanese who came from America.

I am fluent in English, Japanese, Swahili, and also in Kyrgyz. I think that thanks to the language, I began to understand and accept the Kyrgyz culture even more.

— Yes, I have. I like to go to a coffee shop. I also like to go jogging at the city stadium.

— Have you already got acquainted with the Kyrgyz culture — komuz, shyrdaks, national clothes?

— Of course, I tried to learn playing komuz, but it turned out to be difficult. I like Zhalynbiy and Kara-Jorgo dances, proverbs and sayings in the Kyrgyz language. I especially remembered one: «The value of homeland is recognized abroad.» I love horses very much, my Kyrgyz dad tells a lot how to care for them, saddle them and find them on a pasture. As for the national sports, I like kok-boru.

Risa Matsumaro liked kok-boru game so much that she even learned to play it.

— What places, besides Bishkek, have you already visited? What did you like?

— I saw Sary-Chelek lake, I have been to Cholpon-Ata, Osh city, Kazarman district of Jalal-Abad region. I visited Son-Kul, and now I live in Naryn. I plan to go to Talas.

I attended a tribes’ friendship forum. More than 70 yurts were set up there. There I learned about the history of the tribes and their significance for the Kyrgyz.

— What are you shocked at in Kyrgyzstan? What has fascinated or disappointed you in close acquaintance with the local population?

— When I first arrived in the village, a policeman came to the school where I teach English to look at my passport. He asked to bring the American Risa to him. When I introduced myself, he did not believe. It turned out that I look like a Kyrgyz.

I like everything. In my opinion, the Kyrgyz are hardworking, friendly and very beautiful people. For example, children in Kyrgyzstan are versatile — they aspire after knowledge and graze cattle from an early age, cook food.

Each dish of Kyrgyz cuisine is very tasty — from salads to shorpo.

I was not shocked, but it was surprising that the culture and history of your country is so rich. I am grateful to the family that received me, because it was they who introduced me to the local charm.

Kyrgyzstan introduces state regulation of prices for sugar, vegetable oil
News brief
14 May, Friday
09:47
Digital project of EAEU countries Work without Borders to start on July 1 Digital project of EAEU countries Work without Borders...
09:36
President has to schedule repeat elections in three cities within month
12 May, Wednesday
19:50
Centerra Gold gives government of Kyrgyzstan 45 days for negotiations
19:41
Hot water to be shut off in Bishkek on May 17
19:36
Kyrgyzstan received no proper profit from Centerra, Akylbek Japarov believes
18:27
Deputy proposes to return losses due Centerra agreements at expense of officials
18:03
Import-dependent industries to benefit from regional economic recovery
17:46
Last Bell ceremony to be held online in schools of Kyrgyzstan
17:22
Japarov instructs to open branches of Altyn Tuyun academy in regions
16:51
Number of infected with coronavirus exceeds 159.7 million people globally